Indian restaurant vandalised in US with hate messages scrawled on walls 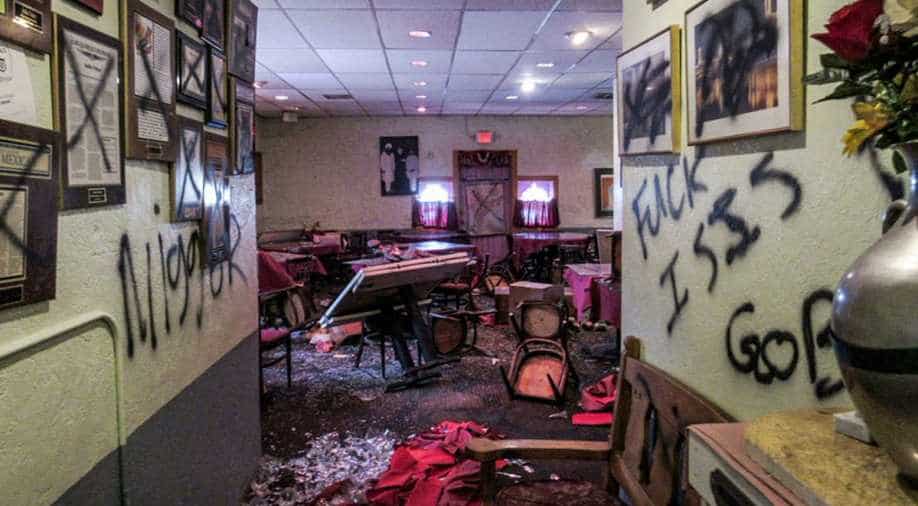 The damage caused to India Palace restaurant is estimated to be worth USD 100,000, local Santa Fe Reporter said.

An Indian restaurant in the Sante Fe City of New Mexico, owned by a Sikh, was broken into and vandalised with hate messages scrawled on its walls.

The damage caused to India Palace restaurant is estimated to be worth USD 100,000, local Santa Fe Reporter said.

The vandalisation is being investigated by local police and the FBI.

According to the local daily, tables were overturned, glassware was smashed into piles on the floor, wine racks were emptied, a statue of a goddess was beheaded and computers were stolen.

The vandals also turned over and destroyed food warmers while the front desk area was devastated, plates smashed and the kitchen rendered completely unusable.

"White power," "Trump 2020," "go home," and far worse were spray-painted on walls, doors, counters and any other available surface.

SALDEF said that it has seen an unprecedented rise in hate crimes including the April 29 incident wherein a Sikh American Lakhwant Singh was brutally attacked by a man identified as Eric Breeman in Lakewood, Colorado.

Lakhwant Singh was told to "go back to your country," while being attacked. No formal hate crime charges have been brought against the attacker.