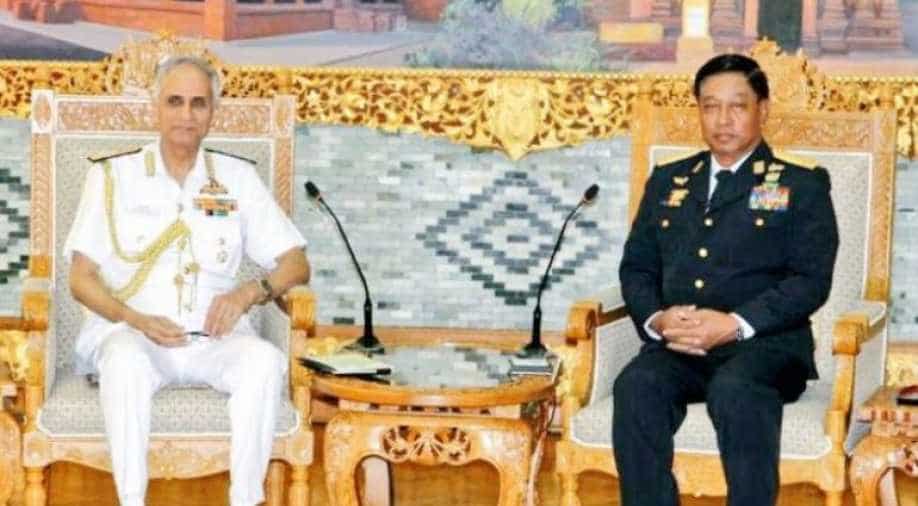 Indian Navy is scaling up its cooperation with Myanmar and has offered training of the personnel of the country's Navy. The offer was made during Navy Chief Admiral Karambir Singh's visit to the neighbouring country from February 17 to 20.

Myanmar Navy is a member of the Indian Ocean Naval Symposium (IONS) and participates in the activities conducted under its construct.

Admiral Karambir Singh also interacted with the trainees of National Defence College in Myanmar's capital Nay Pyi Taw and visited the Naval Dockyard and Training Command of the Myanmar Navy in Yangon.

Both Indian and Myanmar's Navy interact with each other through the medium of staff talks, Joint Working Group Meeting on Maritime Cooperation and other operational interactions which include port visits, coordinated Patrols, bilateral exercises, training and hydrography.