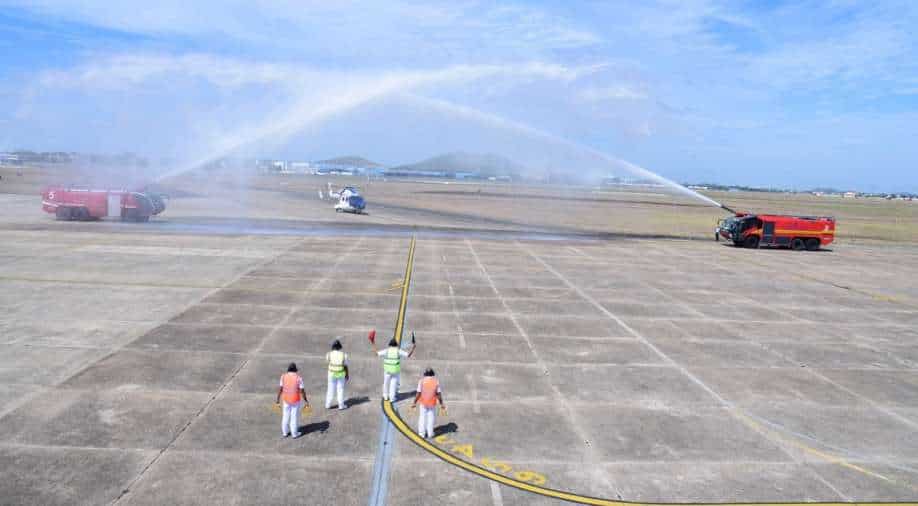 The Indian Coast Guard on Monday inducted the made-in-India Advanced Light Helicopter (ALH) Mk3, into the Coast Guard Region East. While this is the first induction into the newly created '840 Squadron' that is to be based in Chennai, three more choppers of the same variant are to follow. The first chopper was received at Coast Guard Air Station, Chennai with a traditional ‘water cannon salute', in the presence of Inspector General AP Badola, Commander, Coast Guard Region East.

Chopper will be part of ‘840 Squadron’, 3 more will join soon.. They will operate across entire CG east region

It is capable of beyond-visual-range detection, has mounted machinegun pic.twitter.com/VZMiapYG9U

Positioning the ALH Mk3 at Chennai, gives the Coast Guard the capability of Beyond Visual Range detection, using state-of-the-art radar integrated with long range imaging and identification using the Electro Optical Pod and Automatic Identification System. Equipped with the mounted Heavy machine gun, the chopper can also carry out target neutralization. As part of '840 squadron', the state-of-the-art helicopter will address India’s multi-faceted marine interests within the Exclusive Economic Zone. The Squadron’s operations area will encompass the entire Eastern Region due to its strategic importance and geographical location and will boost the air-arm of the Indian Coast Guard Region East.

An indigenous aircraft designed and developed by Hindustan Aeronautics Limited (HAL), the ALH Mk3 aircraft represents a tremendous leap towards self-reliance in the field of Coast Guard aviation. Till date, 13 out of 16 ALH choppers have been delivered by M/s HAL to the ICG This is the first ALH MK III aircraft to be positioned in Coast Guard Region East.