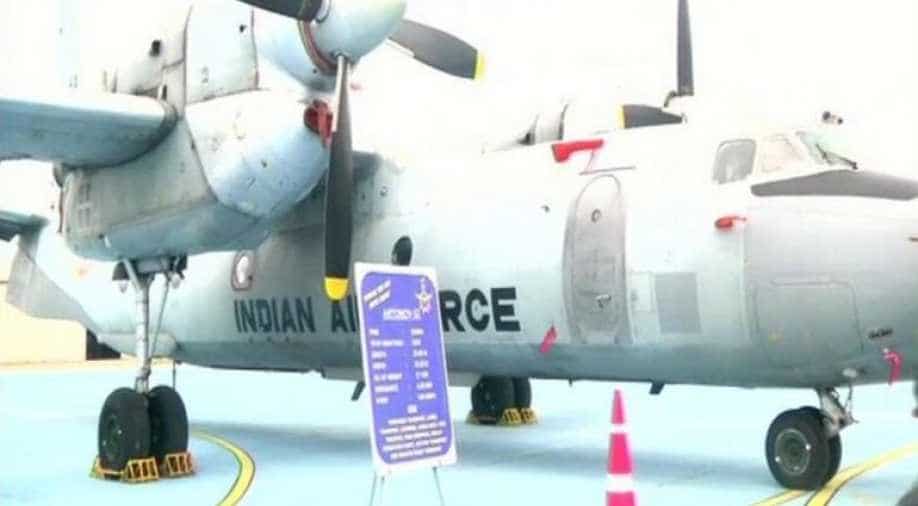 Indian Air Force's Antonov an-32 transport aircraft in display at the Sulur air force base in Coimbatore. Photograph:( ANI )

The Indian Air Force On Monday organised an air show and display of their fighter aircraft and helicopters at Sulur Air Force Station, near Coimbatore.

Different fighter jets and aircrafts displayed at the air show included Tejas, Antonov An-32 transport aircraft, helicopters among others.

The air show and display were held in the run-up to the 87th Air Force Day celebrations which will be organised on October 8.

The show was attended by schoolchildren and teachers who were briefed about the utility and the applications of the various air crafts and weapons which were on display.

"The main focus is to prove our aerial strength and motivate the youngsters to join the Indian Air Force," officials of the IAF said.

The Indian Air Force was established on October 8, 1932, in undivided India which was under colonial rule.

It was given the prefix "Royal" by King George VI for its contribution during the Second World War.

The prefix was later dropped in 1950 when India became a republic.

COVID-19: Donating Plasma — Here’s everything you need to know