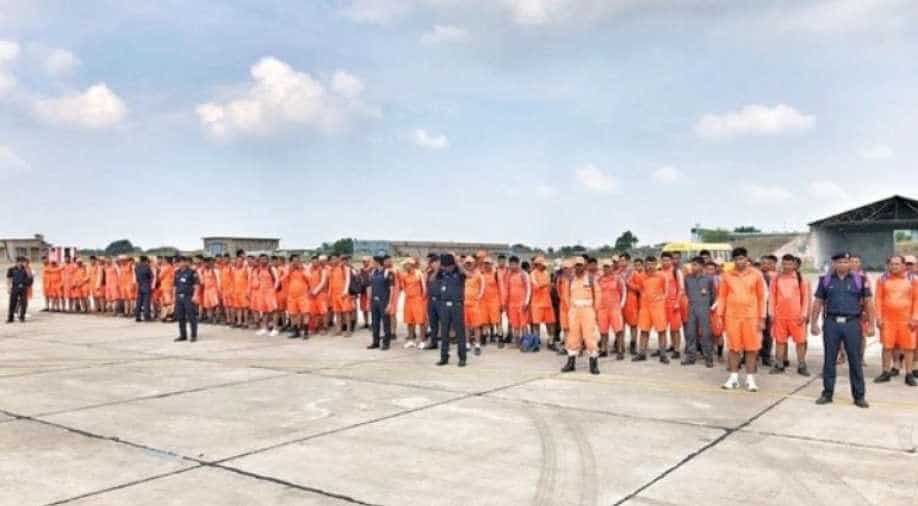 Around 140 NDRF personnel have been deployed and nearly 8 tonnes of relief material has been put in place.

The Indian Air Force has deployed several teams of the National Disaster Response Force (NDRF) in Jamnagar, in wake of the cyclonic storm 'MAHA' alert on Tuesday.

Around 140 NDRF personnel have been deployed and nearly 8 tonnes of relief material has been put in place.

About 100 more personnel are being sent to Ahmedabad to further spread the rescue and relief operations in the state.

A total of 35 teams were deployed in Gujarat and the Diu district of Union territory Daman and Diu, as per NDRF's Twitter handle.

On Monday, the India Meteorological Department (IMD) had predicted that the Extremely Severe Cyclonic Storm 'MAHA' is likely to intensify further till the morning of November 5 and then weaken gradually.

Fishermen were repeatedly advised not to venture into central and northeast Arabian Sea and the Andaman Sea.