In less than 70 days of new government, Article 370 is history: PM in Independence Day speech 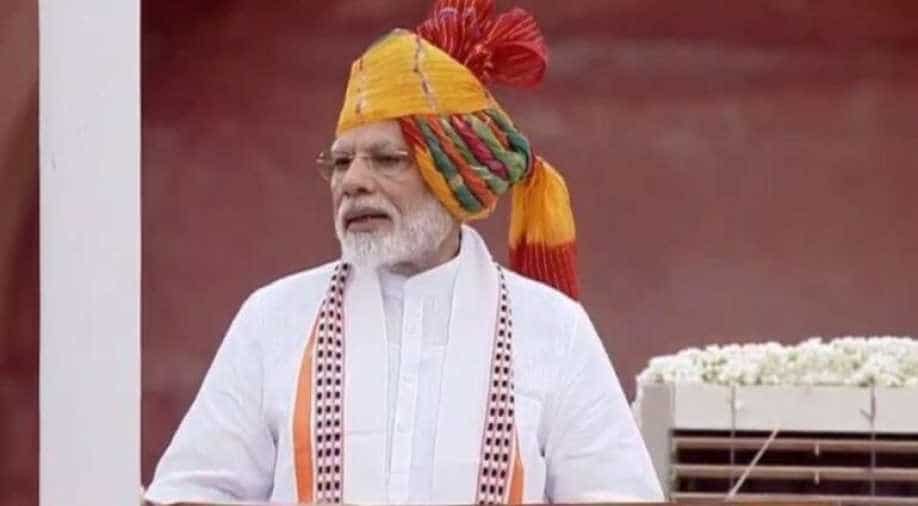 Prime Minister Narendra Modi showcased the scrapping of Articles 370 and 35-A from the Constitution as a key achievement of the NDA government.

Addressing the nation on 73rd Independence Day, Prime Minister Narendra Modi on Thursday said several crucial legislations were passed within 10 weeks of the formation of his second government, including abrogation of special status to Jammu and Kashmir, ban on the practice of Triple Talaq and changes in anti-terror laws.

Modi said that repeal of Article 370 and Article 35A was a step towards fulfilling the dream of Sardar Vallabhbhai Patel's of a strong and united India.

"The new government has not completed even 10 weeks, but in this short period in every sector we have taken important steps. This includes decisions for Jammu and Kashmir, Ladakh, the end of Triple Talaq, steps for the welfare of farmers and traders and changes in anti-terror law. Article 370 and 35A being revoked is a step towards realizing the dream of Sardar Patel," he said.

Referring to the abrogation of special status to Jammu and Kashmir, the Prime Minister said that his government did it in just 70 days of its formation.

"In less than 70 days of the new government, Article 370 has become history, and in both Houses of Parliament, 2/3rd of the members supported this step. We want to serve Jammu, Kashmir, Ladakh. We do not believe in creating problems or prolonging them," he said.

Modi said that "the old arrangement" in Jammu, Kashmir and Ladakh encouraged corruption, nepotism and there was injustice when it came to rights of women, children, Dalits, tribal communities.

In a veiled attack on the Congress for its opposition to government's decision of repealing Article 370, Modi said the nation is today questioning them.

"Those who supported Article 370, India is asking them- If this was so important and life changing, why was this Article not made permanent. After all, those people had large mandates and could have removed the temporary status of Article 370," said the Prime Minister.

Before starting his address, Modi unfurled the national flag at the ramparts of Red Fort and wished citizens of the country on the occasion of 73rd Independence Day and Rakshabandhan.