IAF wants new MiG-29s to be equipped with indigenous weapons 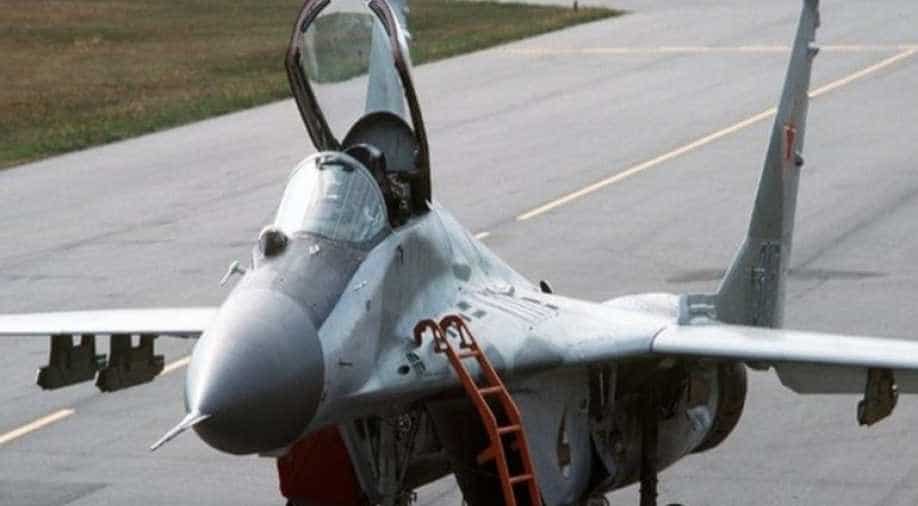 The IAF had carried out a study to check if the airframes of the MiG-29s on offer were good enough for it to operate for a long time.

At a time when the Indian Air Force (IAF) is batting for indigenisation, the Force is planning to acquire the new 21 MiG-29 fighters from Russia and equip them with indigenous weapon systems such as the Astra air.

"The proposal for the acquisition of 21 MiG-29s would be placed before the Defence Acquisition Council soon. The IAF wants the MiG-29s to be of the upgraded MiG-29s that are already in service," defence sources told ANI.

"The IAF also wants that the aircraft should be equipped with the Indian weapon systems including the Astra missiles," they said.

The sources said there are other indigenous equipment and weapons which would be integrated with the aircraft once the deal comes through.

The MiG-29s now have a new airframe and had been lying unused in Russia.

The push for promoting indigenous weapons has come at a time when IAF Chief RKS Bhadauria has made it clear that the force will fully back indigenisation efforts such as the Light Combat Aircraft Tejas and the fifth Generation Advanced Medium Combat Aircraft programme.

The IAF had carried out a study to check if the airframes of the MiG-29s on offer were good enough for it to operate for a long time.

MiG-29s are flown by the IAF and the pilots are familiar with it but the ones offered by the Russians are different from the ones in the Indian inventory.

The Indian Navy also operates the MiG-29 'K' and is the only operator of this version of the plane. It is having a rough experience with the planes which are difficult to maintain and their settings change immediately after they land on the aircraft carrier.

The IAF has three squadrons of the MiG-29s which have been undergoing upgrades for extended life and are considered to be very good planes in the air defence roles.