Government clears proposal for 750,000 Kalashnikov rifles to be made in India 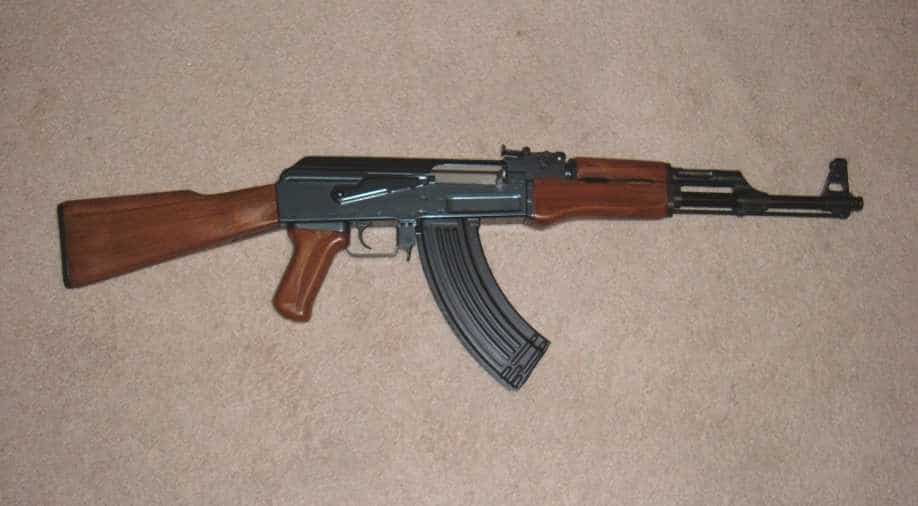 File photo of an AK-47 rifle. Photograph:( Others )

The Centre cleared a proposal Thursday for 750,000 Kalashnikov rifles to be manufactured by the Ordnance Factory Board in a joint venture with a Russian firm.

The iconic Kalashnikov rifle — arguably the world's favourite assault rifle — will now be made in India.

The Centre cleared a proposal Thursday for 750,000 Kalashnikov rifles to be manufactured by the Ordnance Factory Board in a joint venture with a Russian firm.

A plant to manufacture the Kalashnikovs will be set up in Amethi in Uttar Pradesh.

The Kalashnikov made in Amethi will be the AK-203, a derivative of the famous AK-47.

Centre today cleared 7.47 lakh assault Kalashnikov rifles to be built by Ordnance Factory Board and Russian Joint venture firm. Plant to be set up near Amethi in Uttar Pradesh. pic.twitter.com/RpGUZZQ1Fs

This comes just after the Centre announced that it was buying 72,400 Sig Sauer rifles. The purchase of the Sig Sauers are being fast-tracked, and they will all be delivered within 12 months.

News reports have said the Sig Sauer rifles will be used by Indian security forces along the China border.

The government recently also bought the S-400 missile defence system from Russia which too will be deployed along India's China border.