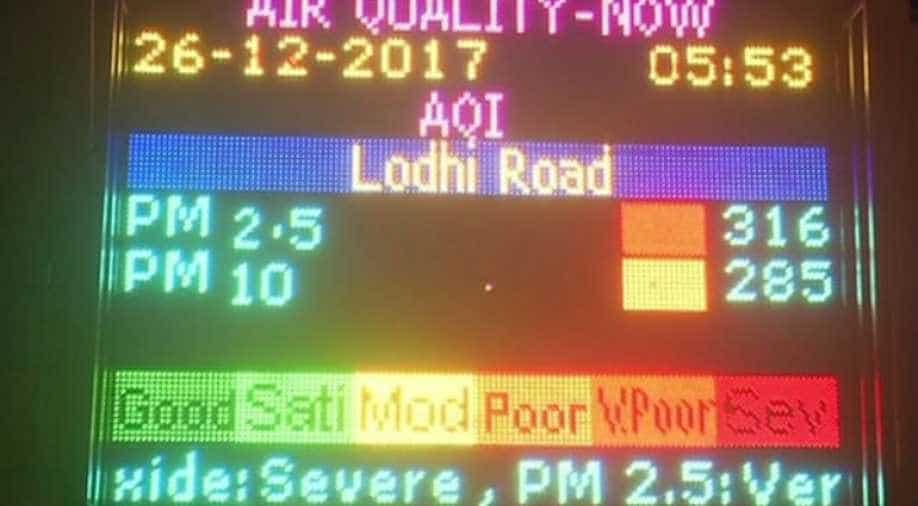 Train services were badly hit on Tuesday after a blanket of fog engulfed the national capital and adjoining areas as cold wave has intensified.

At least 10 trains were cancelled, 30 were running late and as many as six trains were rescheduled due to low visibility and other operational reasons.

Meanwhile, the air quality once again entered 'very poor' category due to dip in wind speed.

The Air Quality Index (AQI), as recorded by the Central Pollution Control Board (CPCB), reflected the rise in the pollution levels.

The AQI at Delhi's Lodhi Road was inching closer to 'severe' category with Particulate Matter (PM) 2.5 at 316 in 'Very Poor' category, PM 10 at 285 in 'Moderate' category and Carbon Monoxide at 500 in 'Severe' category much above their safe limits.