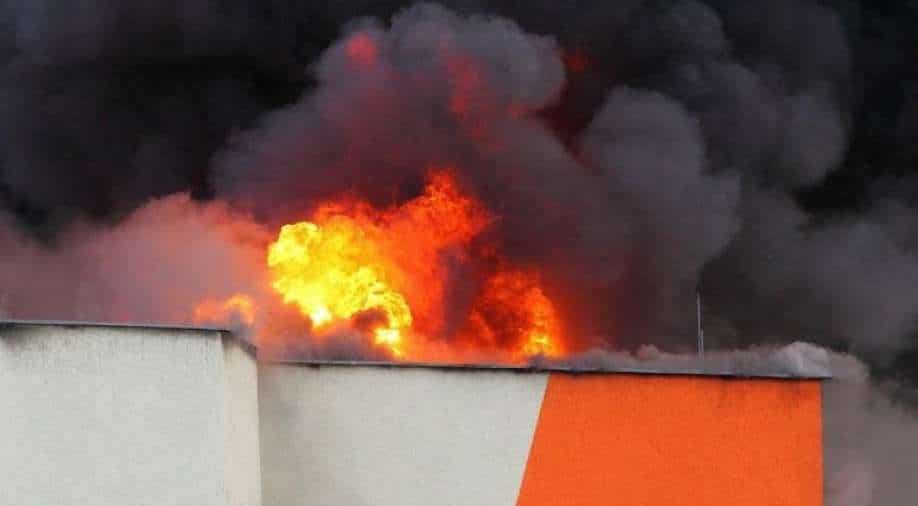 In this photo, smoke can be seen billowing out of chemicals maker Gujarat Fluorochemicals Ltd Photograph:( ANI )

Five labourers were killed and 16 other workers injured, some of them critically, after a huge explosion followed by fire occurred in a chemical unit in Gujarat's Panchmahal district on Thursday, officials said.

Of the 16 workers injured in the mishap, 14 received minor injuries, while two suffered over 50 per cent burns, Mayatra said, adding that all of them were referred to different hospitals for treatment and they are out of danger.

"A huge explosion followed by fire occurred at the chemical manufacturing plant of GFL. We have recovered five dead bodies from the blast site during our search and rescue operation after the fire was doused. The Chief Minister's Office (CMO) also contacted us and gave necessary instructions," the collector added.

On being alerted, the firefighters rushed to the spot and Mayatra as well as district SP Leena Patil also reached the site.

After the fire came under control, search teams initially found two bodies from under the rubble. Later during the day, the bodies of three more victims were recovered when the entire area was scanned, Mayatra said.

Chief Minister Bhupendra Patel immediately contacted the collector upon learning about the incident and instructed him to make necessary arrangements for the treatment of the injured and to expedite search and rescue operation, a statement by the CMO said.