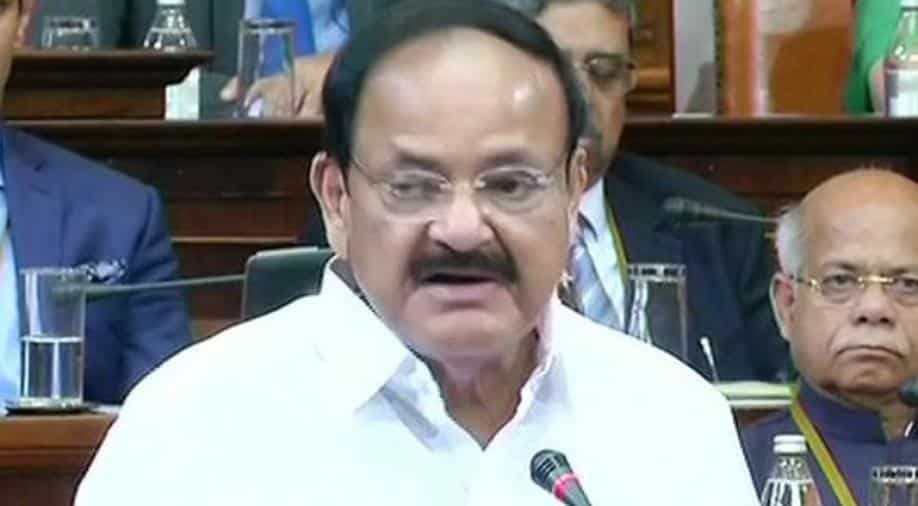 he Vice-President also called upon scientists to come up with innovations for the welfare of the agricultural community.

Vice President M Venkaiah Naidu on Sunday acknowledged the farmers of the country as the backbone of the nation and stated that it is the responsibility of both state and Centre to prioritise development of rural parts of the country.

"It is the duty of both the state and the Centre to give more importance to the rural side of India. Agriculture is the backbone of our country. If not taken care, the country will have to face serious economic consequences. I have always made efforts to provide help to the farming community to get their problems resolved," the Vice-President said.

He made these remarks while addressing an event to mark the 15th Anniversary Celebrations of Rythunestham and presenting the Padmasree Dr IV Subba Rao Rythunestham awards.

Vice-President Naidu also outlined the Government of India`s efforts towards ensuring more income for farmers while praising the contribution of Rythunestham towards agricultural causes.

"It is astonishing to know that more than 20,000 people have switched to agricultural practice merely by attending sessions of Rythunestham. The government has made efforts to make sufficient supply of Urea in the states to let farmers cultivate more. Government is also aiming to increase the schemes for the benefits of farmers."

Quoting Mahatma Gandhi, Naidu stated he had also acknowledged agriculture as the backbone of the country and the government is always there to provide all-sufficient help to farmers.

Asserting that the Central government is helping farmers in resolving technical issues in the cultivation, the Vice-President said, "The government is helping those who are facing problems in the technical part of the cultivation. Gandhi ji once said that if you love your Nature, Nature will love you. So, if we disrespect nature, it will show us the wrath like floods and extremely high temperature during summers."

The Vice-President also called upon scientists to come up with innovations for the welfare of the agricultural community.

"The scientist should also help up the people residing in the rural area by developing the agricultural machinery," Naidu said.

He also stressed upon the importance of developing infrastructure and fertilization process for advancement in agriculture and said, "There is a vast potential for the production of food in India. If you want to make agricultural liable, you must make changes in the infrastructure and fertilization process. It is also the duty of the Niti Aayog to suggest appropriate changes in the structure of agricultural sectors of the country. Many youngsters are moving back to rural Indian and are helping the farmers".

He also called upon the attendees to spend time in agricultural fields to learn more about the issues at ground level.

"There are two ways to make changes in the lifestyle, which has become mechanical. First, we must adopt ancient methods of cultivation and second, we must spend more time in the fields so that we can know about the real problems of the farmers", he stated.