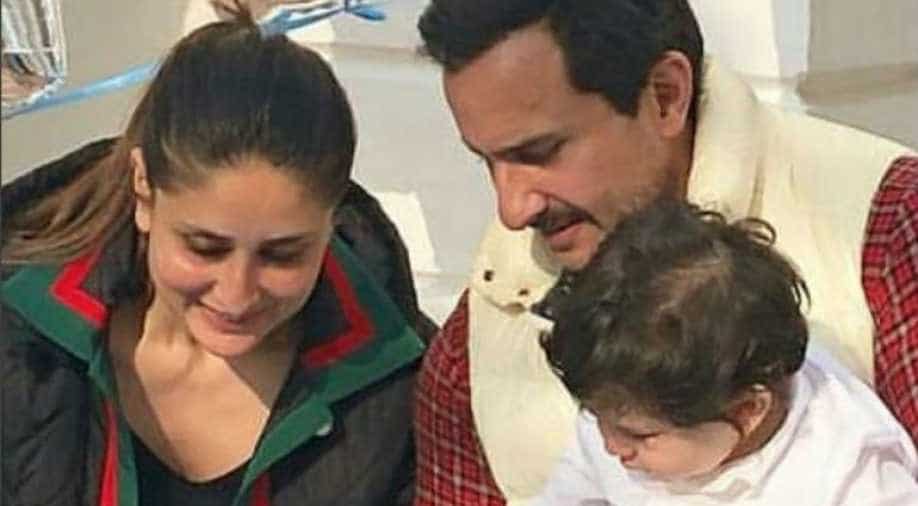 Kareena Kapoor and Saif Ali Khan's baby boy turned one on Wednesday and the couple brought in his birthday at the Pataudi Palace in an intimate gathering. In attendance were Kareena's parents, Randhir Kapoor and Babita and sister Kareena Kapoor along with her two children. Saif's mother, actress Sharmila Tagore was also present and so were Kareena's uncle Karan Kapoor and cousin Zahaan.

The center of attraction was, of course, the birthday boy, Taimur. A celebrity in his own right, Taimur cut his birthday cake along with his parents while his grandmothers looked on. The cake was a three-tier cake, complete with animals and a mini-jungle.

The little one's aunt, Karisma has been posting photos of the celebrations for the last few days. Here are some of the most adorable photos of Taimur at his first birthday party.

Such a special day with the entire family ?? #babynawabturnsone????#birthdayfun#sisterlove ?? @thehouseofpixels

We love our parents?? #familycomesfirst#pataudidiaries

Kareena's best friend, Amrita Arora was also present at the party with her two children and husband.