Shoojit Sircar on casting Varun Dhawan in October: Had a different perception of him 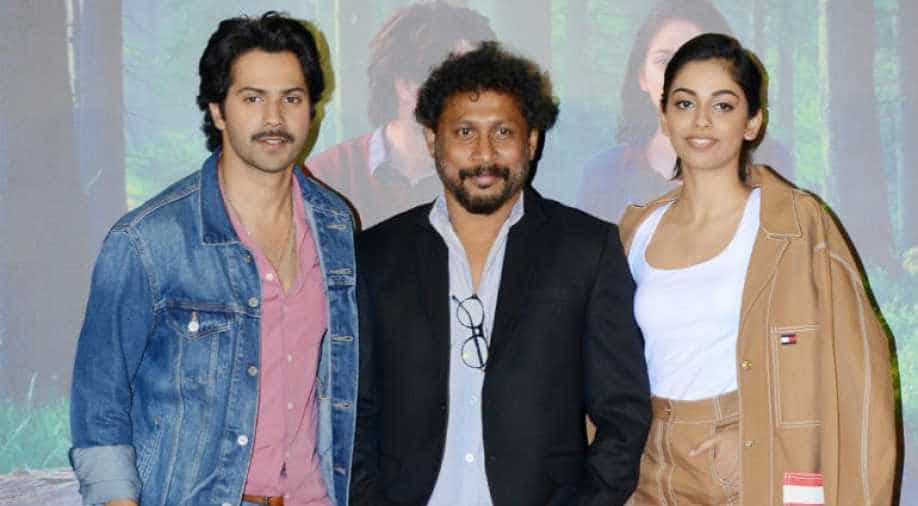 The cinematic world of Shoojit Sircar is vastly different from the films Varun Dhawan is usually associated with and the director admits that he did have a certain perception about the actor before he worked with him. The director was speaking during the trailer launch event of his next film October that stars Varun in the lead.

Shoojit has worked with Varun for the first time in their upcoming romantic drama.

"I had a different perception (of him) altogether, of people who become overnight stars with crazy fan following, which I'm not used to. I'm used to my kind of cinema which, if people like it, I'm happy, if not, I'm still happy because I got to tell my story my way.

"I asked him, will you surrender yourself and are you honest? He said 'I'm an honest person, this, what you see outside (image) is not me.' I told him to be himself in the film. I just narrated two lines to him while he was going to shoot another film," he added.

The "Piku" director said his brief to Varun for the film was to detach himself momentarily from cell phones.

"I said as a process to prepare for the film, 'don't check your phone first thing in the morning as was his habit and instead as soon as you get up, go and sit on front of a plant and watch it for ten minutes. That's your job.' For almost one year, my instruction was, to get up and watch the plant and breathe."

Varun, 30, said he couldn't do anything which he had done in his previous films for October.

"This film is based on honesty, I couldn't do anything else which I do on other films. I couldn't remove my shirt, dance, couldn't behave cute, I couldn't do all those things. I stopped applying make up and still he (Shoojit) would come and say 'make it a little less...'"

The process on set was different for Varun as he was coming straight from Judwaa 2, a film which was louder in tone.

"I had just done Judwaa 2 and come for this film so my pitch was loud always. He told me, in real life Varun, if we are sitting next to each other, why would you shout? Do you have a problem with anyone? So he asked me to lower my pitch to a point that I felt there was a marker!

"I started shooting the film and till the end, I don't know what he did because I was not acting the way I feel I'm acting. It was just a very different experience, all thanks to him, Juhi (Chaturvedi) and Banita (Sandhu).

October is scheduled to release on April 13.