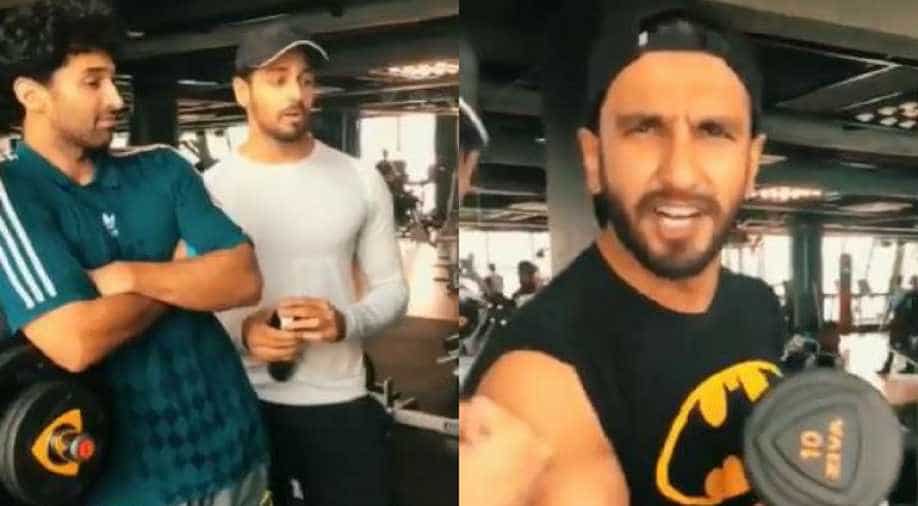 Trust Ranveer Singh to give a quirky spin to things. While most celebrities have been responding to fitness challenge by posting videos of them doing their favourite exercise, Ranveer's video barely shows him exercising.

You read that right. Instead of having him record an exercising video, the actor has his friends, actor Aditya Roy Kapur and Siddharth Malhotra talking about Ranveer's fitness. The hilarious video has the two actors admiring Ranveer's 'hot' body till Ranveer himself comes into the frame and says, "If you want to become hot and sexy like me, come to the gym and pull some weights."

The cheeky video ends with Ranveer showing off his biceps and stating how his favourite exercise is 'Bicep curls'.

Ranveer nominated Malhotra, Roy Kapur and Rohit Shetty to take on the challenge.

The challenge kickstarted with the Union minister (youth affairs & sports) Rajyavardhan Singh Rathore throwing in #HumFitTohIndiaFit challenge for a few people and thus starting the chain.
Rajyavardhan posted a video on his Twitter account on May 22, asking Indians to share their fitness mantra (in hope to inculcate a fitness culture in India).