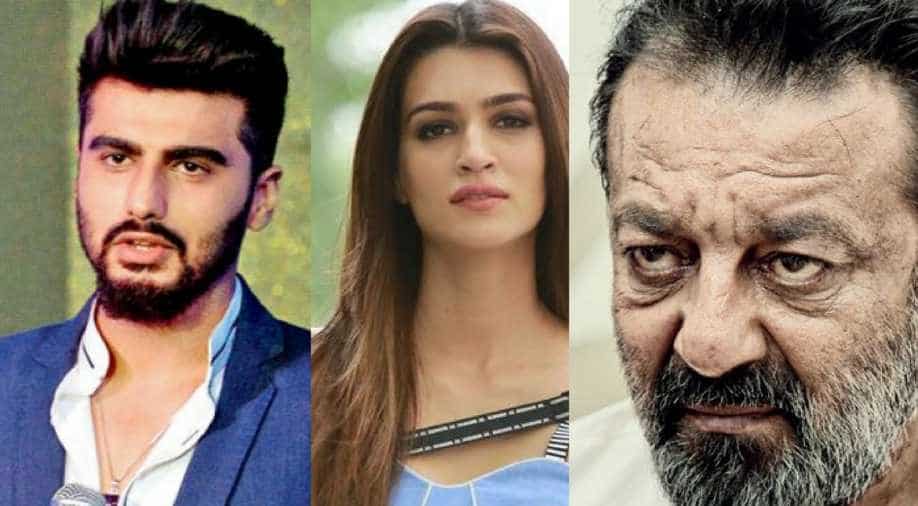 Ashutosh Gowariker released the first poster of his upcoming film "Panipat" on March 14 and got us all excited for his new venture which will see three actors come together on the big screen for the first time -- Sanjay Dutt, Arjun Kapoor and Kriti Sanon.

Titled "Panipat", the movie will be based on the 1761 third battle of Panipat that took place between the Marathas and Afghans. In the battle, Afghans defeated the Marathas after crushing their army mercilessly.

The film scheduled to go on floors in mid-2018 will see Arjun Kapoor play the Maratha army’s leader Sadashivrao Bhau, Kriti Sanon will be seen as his second wife, Parvatibai and Sanjay Dutt will play the antagonist, Ahmad Shah Durrani who led the Afghans to victory.

As per a report published in a daily, the film will majorly revolve around Arjun and Sanjay’s characters.

The report states: "Kriti will essay the role of Sadashivrao’s second wife Parvatibai. While the Maratha warrior marched towards the Afghans at the war, she was a constant support to Sadashivrao. When the Marathas went up North under Sadashivrao’s leadership, Parvatibai was the one who escorted her husband and even got the other women in the Maratha camp to do pilgrimage at Mathura and Vrindavan. Not just that, Parvatibai was also present when the final battle was fought."

In an interview earlier, filmmaker Ashutosh said, "I shared screen space with Sanjay in Naam (1986), which was a memorable co-acting experience. It will be great to direct such a versatile and talented actor" while talking about Arjun he said, "What impresses me most about Arjun, apart from his fine performances, is his dynamism. He had played double roles twice (Aurangzeb, 2013 and Mubarakan 2017), and has portrayed an action hero as well as a lover boy."