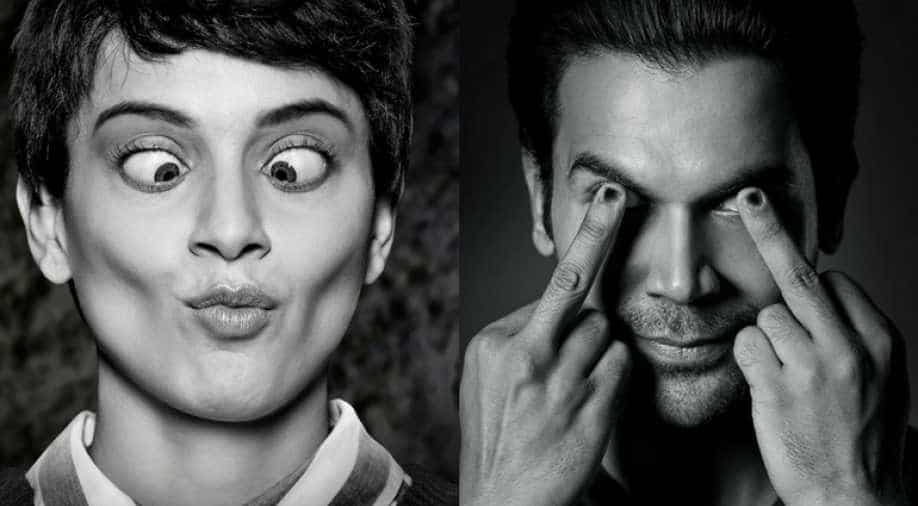 The last film that Kangana Ranaut and Rajkummar Rao had featured together in became a cult classic. Vikas Bahl's Queen may have catapulted Kangana in the big league but Rajkummar's performance was also lauded equally. The two talented actors are coming back together for yet another film called Mental Hai Kya.

The first look of the film was released by Balaji Motion Pictures on Monday on Twitter.

Directed by Prakash Kovelamudi, the film is being produced by Ekta Kapoor. In an earlier interview, Kangana had mentioned that the film is an unconventional story of a girl and the thoughts that go through her head. "You’re never sure if this girl is hallucinating or what’s happening to her is for real, whether the guy (Rajkummar Rao) is trying to trap her or she’s got him wrong.” On teaming up with Rajkummar, Kangana said, “He is a star today while still being a brilliant actor, so I will have to be on my toes to ensure he doesn’t steal the show from right under my nose”, said the actress.