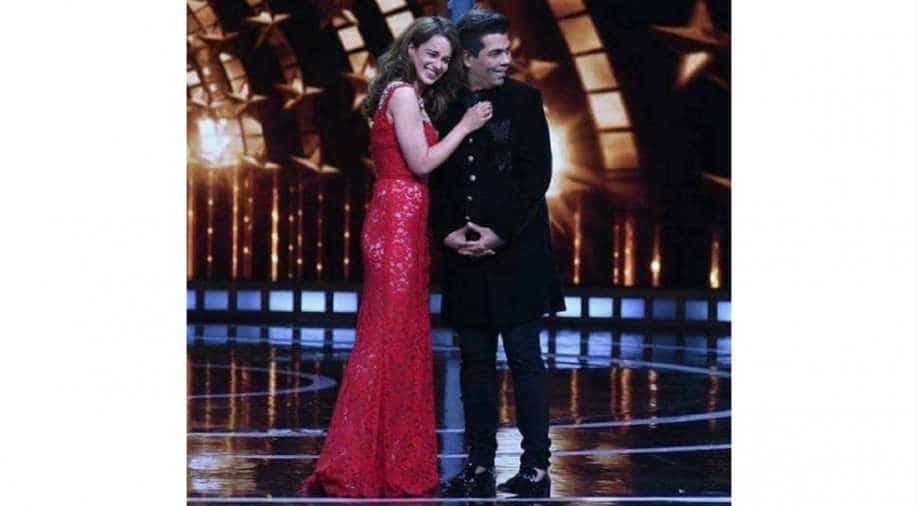 They were spotted greeting each other with smiles and hugging on the show. Photograph:( Twitter )

Looks like the worst of Bollywood foes have finally patched up.

We are talking about director Karan Johar and actress Kangana Ranaut who kept fighting the whole time last year and sparked a debate around nepotism in Bollywood and unfair advantages given to those who come families of entertainers.

Burying the hatchet of the past, Kangana Ranaut and Karan Johar can be seen on the set of India's Next Superstar in which Karan Johar and Rohit Shetty are co-judges while Kangana Ranaut will be seen as a celebrity judge on one episode.

Interestingly, the tagline of the show is 'Na Khaandaan Na Sifaarish' (No family reference) and when asked in an interview whether he was looking for an opportunity to answer about nepotism, Karan said, "I don't think this tagline was an answer from my side to anything. A lot of people want to be part of the entertainment industry but it is difficult to find a platform. We are providing this platform to all those who are talented."