A year after sparking the nepotism debate, Kangana Ranaut to co-judge a reality show with Karan Johar 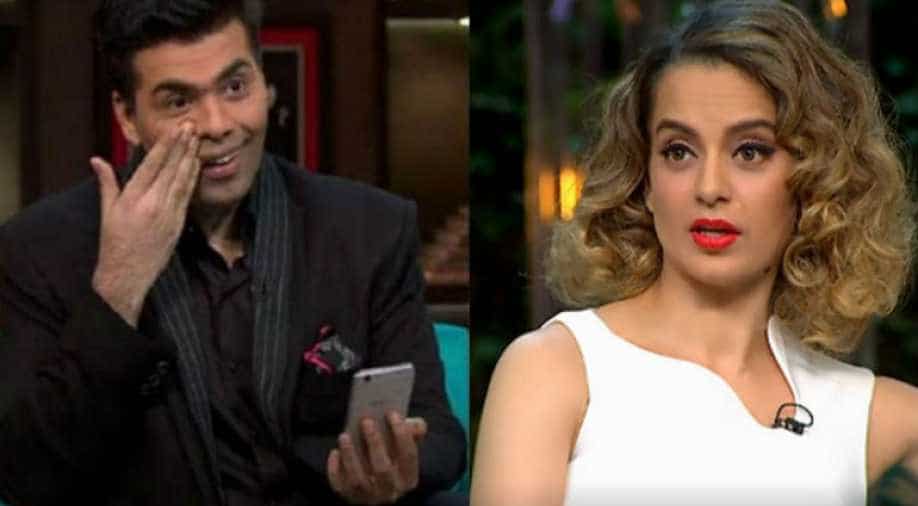 Karan Johar and Kangana Ranaut have been at loggerheads ever since the actress called KJo 'a flagbearer of nepotism'. Photograph:( Zee News Network )

Looks like the warring stars are wanting to extend an olive branch towards each other. A year after Kangana Ranaut accused Karan Johar of being a 'flag bearer of nepotism' on his show Koffee With Karan, the actress is soon going to share screen space with the filmmaker for a reality show.

Karan Johar is currently judging reality show India's Next Superstars, with Rohit Shetty and Kangana Ranaut is reportedly going to be a guest judge for one of the episodes. Kangana is going shoot for the episode on Thursday, states Mumbai Mirror in a report.

Ever since the Kangana's accusation on Koffee With Karan went viral, the duo has shared cold vibes and have not been seen together at any event.

Interestingly, the Mumbai report states that Kangana is looking forward to shooting for the episode. "I am looking forward to being on the show. It is a professional commitment for which I'm being paid. What is delightful is that Karan is okay with doing the show with me and seems to be slowly warming up to me."

"I'm happy that Karan is making me feel so welcome, but I think I have been worthy of every platform I've been on. I've earned my place and deserve to be on it. Nobody has to open any doors for me I am capable of opening all the doors myself, "added the actress.

Kjo, on his part, had earlier stated that he would be happy to have her with all the love and respect if the channel decided to invite her.

Will the two sharing the same stage be awkward, or have they really moved past their issues? Guess we will have to wait and watch the episode first.