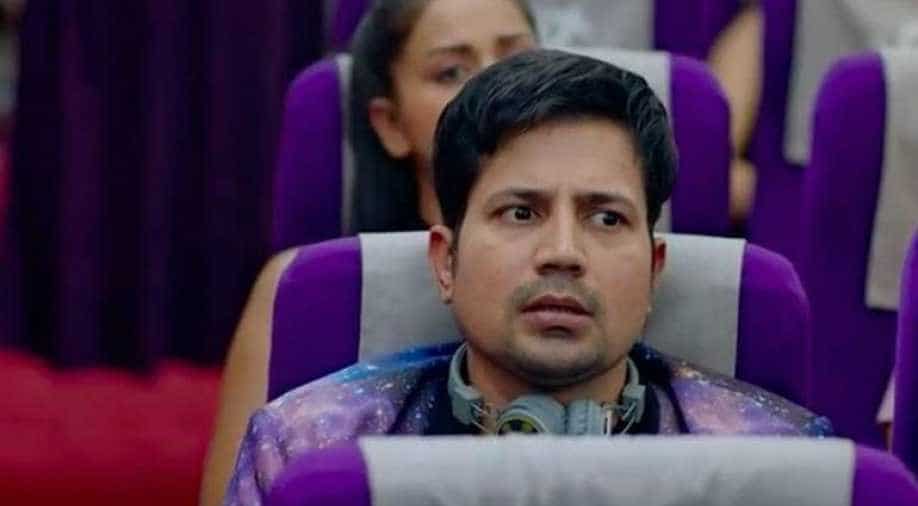 Sumeet Vyas in a still from High Jack Photograph:( Others )

What happens when a bunch of amateurs highjack a plane? Naturally, chaos ensues. The trailer of Bollywood`s first stoner comedy film is out and it manages to crack you. High Jack revolves around a bunch of first-time hijackers, trying to hijack a plane and a bunch of devastated employees of an airline that is shutting down.

Sumeet, who plays a DJ took tips from the film's composer and renowned DJ Nucleya. Nucleya, as we all know, has his own speciality into EDM and Dubstep which was completely alien to Sumeet. The actor took some serious music lessons from Nucleya about the genre. He took basic lessons on how a DJ performs during a concert or in the club under high pressure from the audience.

When asked how he prepped for his role, Sumeet said, "I keenly observed how he worked on the console, I didn’t want to overdo or go crazy shifting the knobs, Nucleya had specific gestures and hand movements, as his music reaches its crescendo. I’ve tried my best to get that mannerism. He was sweet enough to share his anecdotes on how he prepares his set for a show, when to push the tempo and when to surprise the audience and keep them engaged through the show. To be very honest he’s a master at his craft and I’m just creating an illusion of being a pro at this. I hope I don’t disappoint him."

The movie marks the directorial debut of Akarsh Khurana in Bollywood. Nucleya`s music in the background score makes it even more fun.

Produced by Phantom films in association with Viu, the movie is slated to release on 20 April 2018.