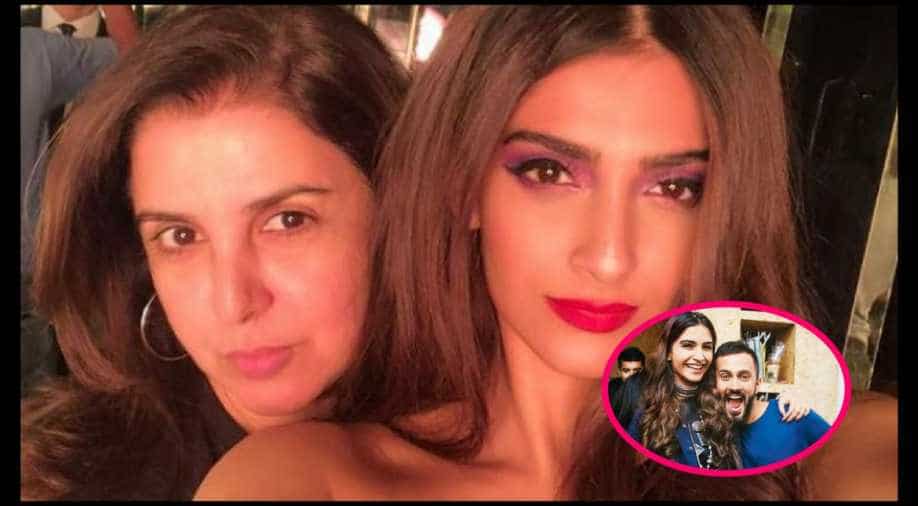 Looks like choreographer Farah Khan who happens to be a good friend of Sonam Kapoor has been roped in to choreograph her sangeet ceremony with rumoured beau Anand Ahuja. According to reports, the alleged couple Sonam Kapoor and Anand Ahuja are all set to walk down the aisle next month with the extended family gearing up to prepare for the grand wedding. Here is their Bollywood guest list.

It is suggested that Farah Khan is preparing some jazzy dance steps for the couple who will dance to Sonam’s hit songs like 'Abhi Toh Party Shuru Hui Hai' from her film Khubsoorat, the Prem Ratan Dhan Payo title track, and 'Dheere Dheere' from her music video with Hrithik Roshan.

Also, the ceremony will see father Anil Kapoor and mother Sunita join for a special act.

On the work front, Sonam will be seen in her upcoming film Veere Di Wedding. It was reported on April 12 that the cast got together after four months of Shashanka Ghosh wrapping up the film’s shoot in Phuket to shoot a special song for the film with ace choreographer Farah Khan.