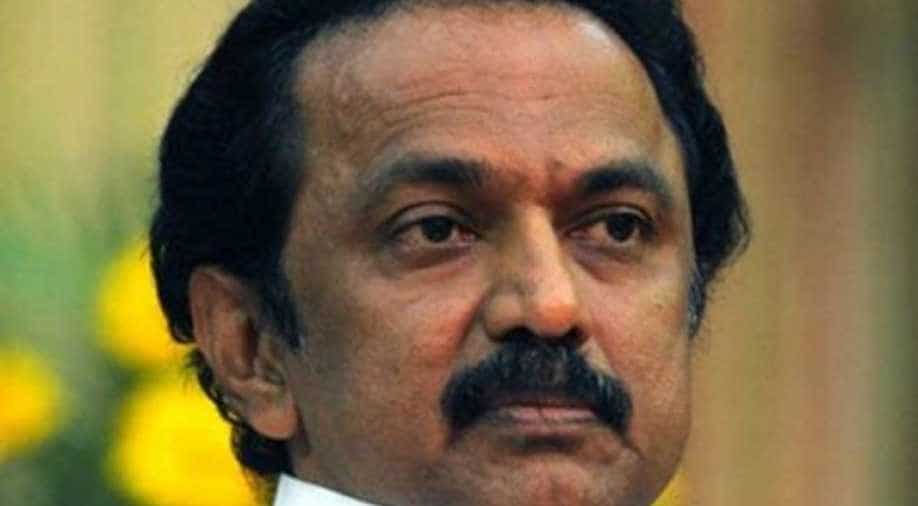 This comes after PM Modi hailed Tamil as the oldest language, while speaking at the IIT Madras Convocation, on Monday.

Tamil Nadu's opposition leader, DMK president MK Stalin has suggested in a statement that Tamil be made India’s official language, this comes after Prime Minister Narendra Modi hailed Tamil as the oldest language, while speaking at the IIT Madras Convocation, on Monday.

While the statement welcomed the Prime Minister’s gesture of having glorified the Tamil language at the United Nations, it also accused the BJP-led Central government of imposing Sanskrit (liturgical language) and Hindi on the Tamil people, despite the wide-ranging evidence of the ancient nature of the Tamil language.

Referring to the PM's comments of Tamil cuisine and hospitality, the statement said, Tamils are not only known for our hospitality, but also for our loyalty. If the Prime Minister can sincerely try to grant official language status for Tamil and enact the necessary legal provisions for the same, it would be appreciated forever by the Tamil people. Granting the Official Language Status for Tamil language would also be in line with the vision of former Tamil Nadu Chief Ministers Annadurai and Karunanidhi.

The statement by the Dravidian party also needs to be seen in the light of Home Minister Amit Shah’s call for Hindi as a common link language to unite the country. The Home Minister’s comments had drawn flak from regional leaders of non-Hindi speaking states such as Kerala, Tamil Nadu and Karnataka.

The DMK too had announced a state-wide anti-Hindi agitation, which was later cancelled after MK Stalin met Governor Banwarilal Purohit, who is said to have assured the DMK leader that the Centre would not impose Hindi in Tamil Nadu.