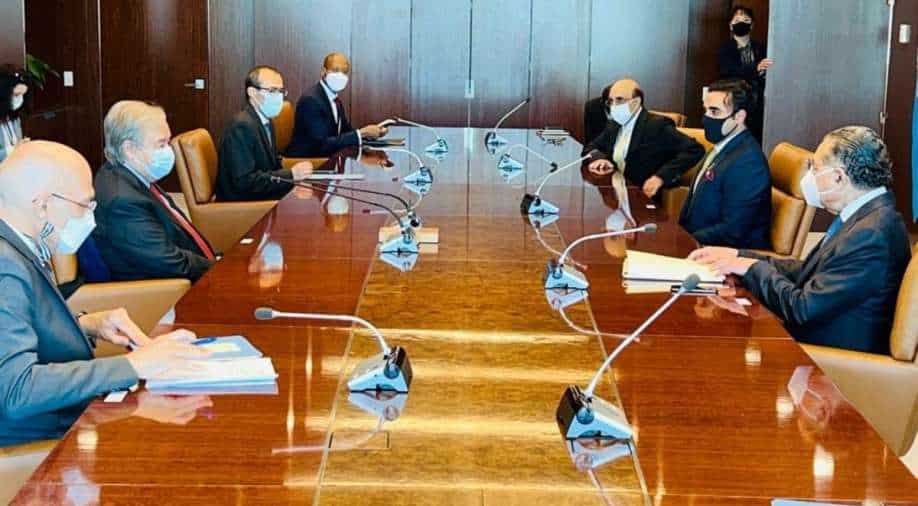 The abrogation of Article 370 in Jammu and Kashmir was also mentioned in the meeting. During the discussions, the new foreign minister also "appreciated" the role of Guterres in "mobilising humanitarian and economic assistance for the Afghan people”

At a time when Pakistan is facing turmoil at home for various political, economic and security reasons, Jammu and Kashmir issue seems to have come to the mind of new Foreign Minister Bilawal Bhutto Zardari while meeting with UN Secretary-General Antonio Guterres on Wednesday, media reports said. The minister said that Pakistan desires peace with all its neighbours, including India. But it remains elusive unless the Kashmir issue gets resolved, he added.

This comes as Pakistan has been accused of sponsoring terrorism in Kashmir for years by India. The repercussions of the alleged act have also been seen by Islamabad as there has been a constant rise in terror activities in the country for various reasons.

Also Read: Pakistan FM Bhutto Zardari to visit US, China and Switzerland in a week

In a statement, Pakistan's Ministry of Foreign Affairs said that the minister, in his meeting with the UN chief, "underscored that Pakistan desires peace with all its neighbours, including India, which will continue to remain elusive" unless the Jammu and Kashmir issue is "resolved in accordance with the UN Security resolutions and wishes of the Kashmiri people."

The abrogation of Article 370 in Jammu and Kashmir was also brought up in the meeting.

During the discussion, the new foreign minister also "appreciated" the role of Guterres in "mobilising humanitarian and economic assistance for the Afghan people”.

The foreign minister also met US Secretary of State Antony Blinken at the UN headquarters on Wednesday. The leaders discussed strengthening their economic and commercial ties.