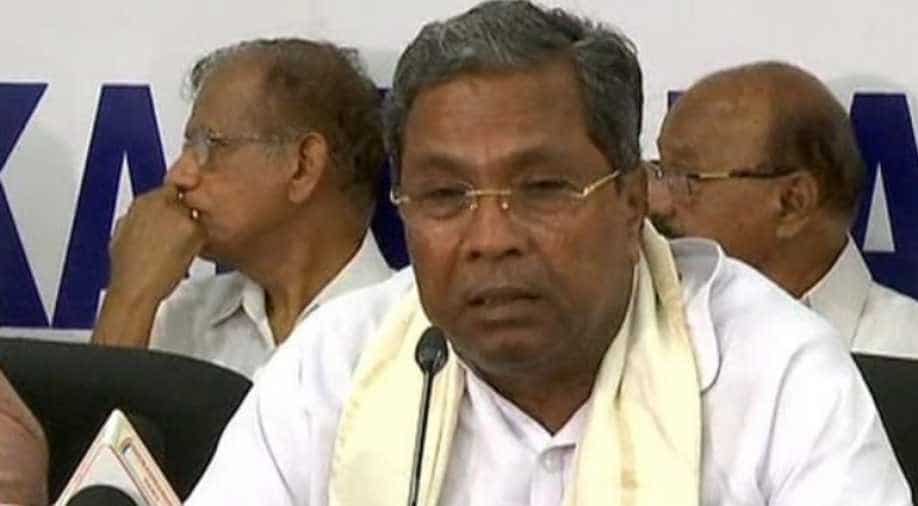 Talking to reporters earlier, Siddaramaiah remained evasive when asked whether the Congress-JDS coalition will continue for the by-polls. 'We will see,' he replied.

Karnataka Congress leader Siddaramaiah on Sunday said Assembly Speaker K R Ramesh Kumar's decision to disqualify the rebel MLAs will send a strong signal to the elected representatives across the country, who might fall into "BJP's trap".

"I welcome the decision of the speaker to disqualify 14 MLAs. This honest decision of speaker will send strong signals for all the representatives in the country who might fall for @BJP4India's trap." he tweeted.

Talking to reporters earlier, Siddaramaiah remained evasive when asked whether the Congress-JDS coalition will continue for the by-polls. "We will see," he replied.

Asked about the dissidents contacting him after being disqualified from the Assembly on Thursday, the former Karnataka chief minister said, "Two of them had called me but I did not speak to them. I do not want to speak about the issue again."

The Karnataka Speaker on Sunday disqualified 14 more rebel MLAs with immediate effect after the disqualification of the three MLAs.

They are barred from contesting the by-elections as well till the end of the term of the House on May 23, 2023, Kumar told the media.

On the elections for the Karnataka Milk Federation (KMF) on Monday, Siddaramaiah said, "The candidates are supported by the parties. Bheema Naik is supported by Congress and he is one of the aspirants for the KMF chairman's post."

Earlier this month, the rebel MLAs had pulled out from the Congress-JD(S) coalition, plunging the coalition government into a minority in the 225-member Assembly.

The House has one nominated member. After days of high-drama and heated debates, the government fell on July 23 as it lost the trust vote.

Karnataka BJP president BS Yediyurappa took oath as the new Chief Minister on Friday and is scheduled to move a trust vote tomorrow.