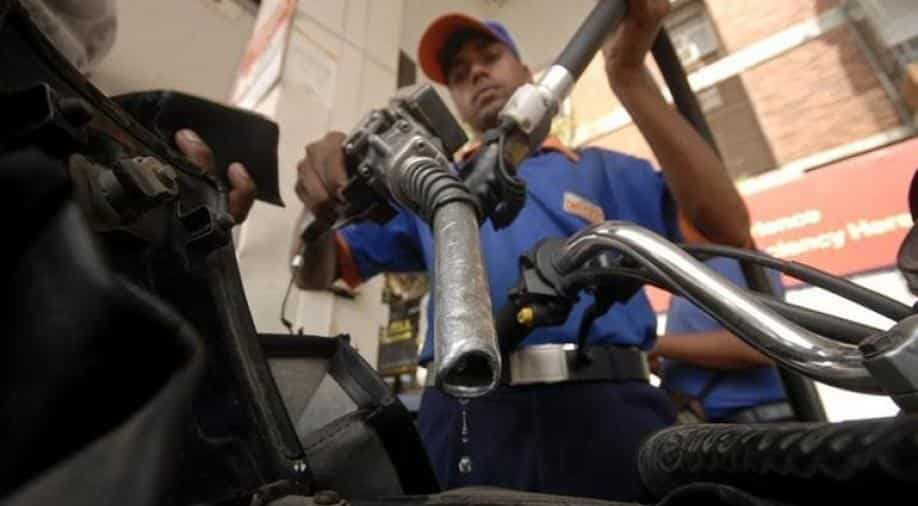 Last week finance minister Arun Jaitley had written to all state governments requesting them to reduce taxes on petrol and diesel. Photograph:( Reuters )

After the government announced Rs 2.5 excise duty cut on petrol and diesel on Thursday, petrol prices increased marginally on Saturday.

Consumers received some relief from skyrocketing fuel prices when the central government cut excise duty on fuel by Rs 2.50 per litre on Thursday. Modi government also asked state governments to slash taxes by an equal margin. While several BJP-ruled states obliged, others refused by saying they had already cut VAT on fuel.

There is also a raging debate over the most-recent price cut with BJP president Amit Shah saying that it reflects how this government is sensitive to the needs of the people. Congress countered by saying that the reduced prices are like 'putting band-aid after inflicting a thousand cuts.'