Deputy CM to be from NCP, Congress to have Assembly Speaker: Praful Patel 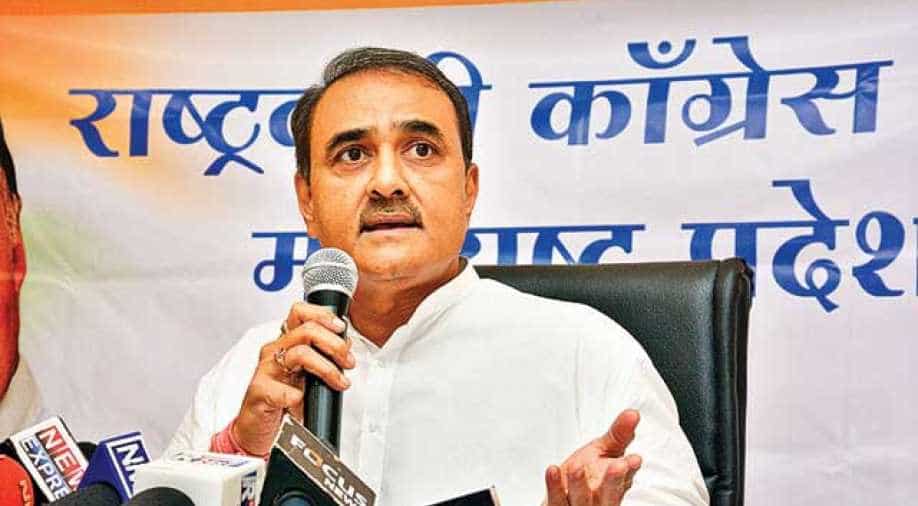 The NCP leader, however, also clarified that 'it is not decided yet how many ministers will take the oath with the Chief Minister tomorrow.'

NCP leader Praful Patel on Wednesday confirmed that the only Deputy Chief Minister in the new Maharashtra government will be from his party while the post of Assembly Speaker will go to the Congress.

"There will be only one Deputy Chief Minister and that will be from the NCP," he said while speaking to reporters after a meeting of Congress-NCP-Shiv Sena MLAs.

"How many ministers take the oath will be decided tonight. One or two MLAs from each party will take oath as ministers. The Speaker has been decided by all three parties. The Speaker will be from the Congress and Deputy Speaker from the NCP," added Patel.

The NCP leader, however, also clarified that "it is not decided yet how many ministers will take the oath with the Chief Minister tomorrow."

Uddhav Thackeray is set to be sworn in as the Chief Minister of Maharashtra on November 28 and form a government led by the Maha Vikas Aghadi, an alliance of Shiv Sena, NCP and Congress in the state.

"As requested today orally, the oath of office and secrecy would be administered to you (Uddhav Thackeray) on Thursday, November 28, 2019, at 18:40 hrs at Shivaji Park, Dadar, Mumbai," the Governor said in a letter on Tuesday.

MLAs of NCP, Congress and Shiv Sena had met the Governor and submitted a letter declaring Shiv Sena Chief Udhhav Thackeray as their leader late on Tuesday, following which, Koshyari issued the directives.

On Tuesday, Thackeray was unanimously elected as the leader of the tri-party alliance. This comes after BJP leader Devendra Fadnavis submitted his resignation as Chief Minister to the Governor on Tuesday as "the BJP fell short of the required number of MLAs to win the scheduled floor test".