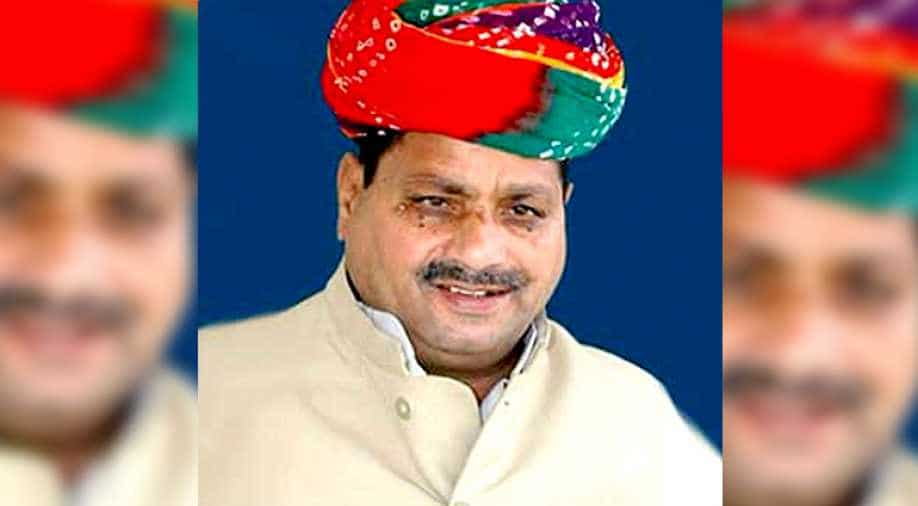 Goyal, a five-time MLA from the seat, submitted his resignation letter to the state unit party president Madanlal Saini.

Bharatiya Janata Party (BJP) leader and minister in Rajasthan government, Surendra Goyal, submitted his resignation from the party on Monday, a day after he was denied the ticket to contest the state assembly poll.

The BJP released its first list of 131 candidates on Sunday, following a Central Election Committee meeting, wherein Goyal was confirmed to have been replaced by Avinash Gehlot for Jaitaran constituency.

Goyal, a five-time MLA from the seat, submitted his resignation letter to the state unit party president Madanlal Saini. He was the state's Water Resources Minister.

The BJP has fielded 25 new faces and 85 sitting MLAs for the ensuing assembly polls. Rajasthan Chief Minister Vasundhara Raje will contest from Jhalrapatan assembly constituency from where she has been contesting since 2003.