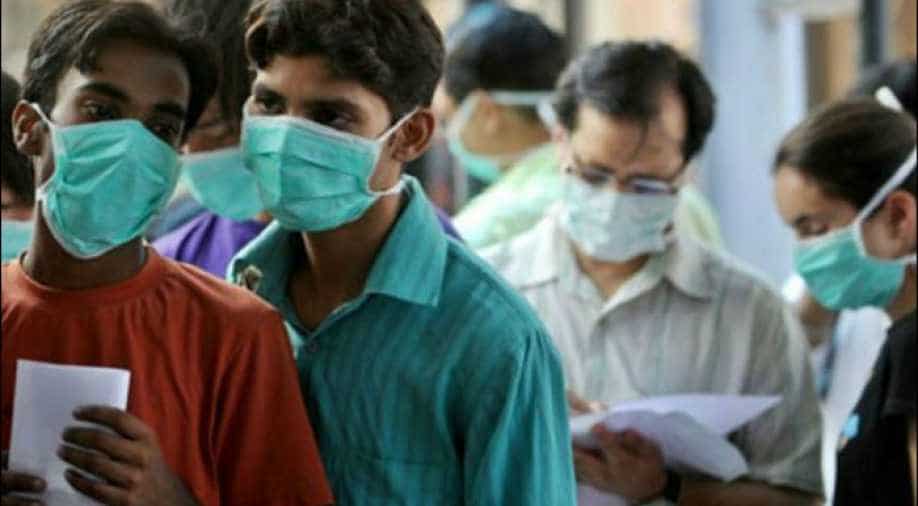 According to a report of the Directorate General of Health Services, the death toll due to swine flu in Delhi this year stands at six and till Wednesday, 1,093 had been affected by the disease in the city this season.

Over 100 fresh cases of swine flu were recorded in Delhi on Wednesday, taking the total number of people affected by the disease in the city this year to 1,196, according to a senior official.

According to a report of the Directorate General of Health Services, the death toll due to swine flu in Delhi this year stands at six and till Wednesday, 1,093 had been affected by the disease in the city this season.

"Delhi is in grip of swine flu. Today, 103 fresh cases were recorded," the official said.

The DGHS report had also mentioned deaths of five more persons from co-morbidity.

As per the report, of the six persons who have died of swine flu this year, one belonged to Delhi, while the rest were residents of other cities.

Amid the mounting cases of the H1N1 infections in the city, the Delhi government Wednesday issued a health advisory, prescribing the do's and don'ts.
Delhi on Tuesday had recorded one death due to swine flu and 1,019 positive cases.

Till Monday, the Delhi government had not reported any death due to the flu, but it recorded one death of a Delhi resident on Tuesday, the report said,
However, two Centre-run hospitals here have reported 13 deaths due to swine flu this year. According to senior officials at Safdarjung Hospital, three deaths due to swine flu have been recorded this season, while RML Hospital has reported 10 fatalities.

Nine of the 10 people who died at RML Hospital were from Delhi, and the other one was from outside the city, officials said.

The symptoms are fever, cough, sore throat, runny or stuffy nose, difficulty in breathing. Other symptoms may include body ache, headache, fatigue, chills, diarrhoea and vomiting and blood-stained sputum.

There are three categories of H1N1 influenza -- A, B and C.

"No Oseltamivir (medicine) and testing is required for category A patients. They should confine themselves at home and avoid mixing up with public and high risk members in the family," the advisory said.

In addition to all the signs and symptoms mentioned under category A, if a patient has high-grade fever and severe sore throat, he or she may require home isolation and Oseltamivir.

In addition to all the signs and symptoms mentioned under category A, individuals having one or more of the high-risk conditions shall be treated with Oseltamivir, it added.

In addition to the signs and symptoms of categories A and B, if the patient has one or more danger signs, like breathlessness, chest pain, drowsiness, fall in blood pressure, sputum mixed with blood, bluish discolouration of nails, then these patients (under category C) require testing, immediate hospitalisation and treatment, it added.

After holding a state-level review meeting on Infuenza A (H1N1), the Delhi government recently said that all government hospitals in the city are equipped with necessary logistics required for the management of the disease and drug Oseltamivir along with personal protective equipment (PPE kits) and N95 masks are also available.

The advisory also asked people to avoid crowded places in the swine flu season and stay more than an arm's length distance away from persons sick with flu.