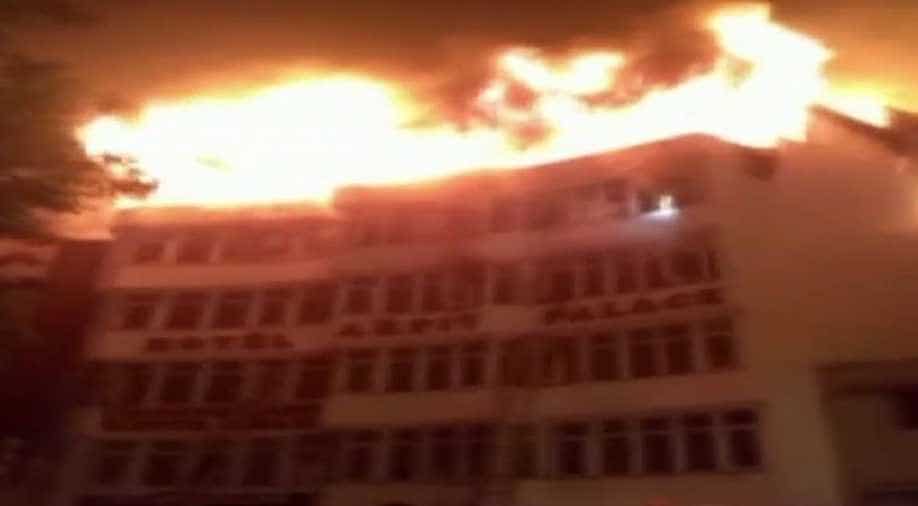 The hotel owner, Shardendu Goel, is absconding after the incident.

The Delhi Police arrested the general manager and a manager of Hotel Arpit Palace, where a massive fire killed 17 people on Tuesday, an officer said.

The case has been registered under sector section 304 (culpable homicide not amounting to murder) and 308 (attempt to commit culpable homicide) of the Indian Penal Code. Conviction under both the sections leads to seven years of imprisonment, the officials said.

The hotel owner, Shardendu Goel, is absconding after the incident.

Randhawa said the case has been transferred to the Crime Branch.