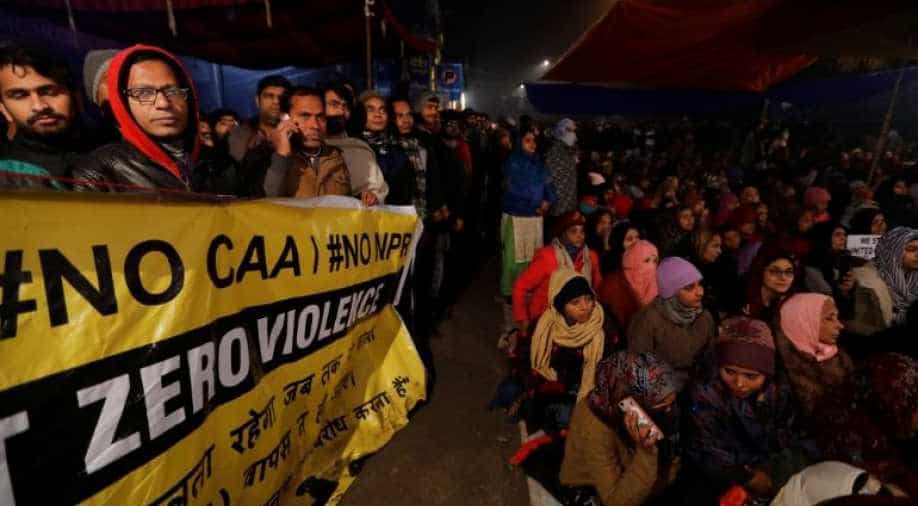 Justice Navin Chawla has directed the Delhi Police to consider the representation of the Federation of Sarita Vihar Resident's welfare association.

The Delhi High Court has asked police to look into the matter of blockage of Kalindi Kunj road due to the protest at Shaheen Bagh and consider the representation of the petitioner and his plight related to those students who have to travel to schools and also have the board examinations.

Justice Navin Chawla has directed the Delhi Police to consider the representation of the Federation of Sarita Vihar Resident's welfare association.

The association has moved the court claiming that there are many students who are facing difficulties during board examinations as the Kalindi Kunj-Shaheen Bagh has been closed since December 15, due to ongoing protests against the Citizenship (Amendment) Act (CAA).

In a petition filed through advocate Amresh Mathur, the petitioner told the court that the Board exams for Class 10 and 12 are fast approaching in February and March and pre-board exams are set to take place shortly.

Southeast Delhi DCP, Chinmoy Biswal on ongoing protests in Shaheen Bagh against #CAA: We want that locals of Shaheen Bagh follow the High Court orders. Our priority is to maintain law&order. But everyone in this protest is a common citizen so we don't want to take strict action. https://t.co/o7LOofEg3N pic.twitter.com/FlsVIHaz0o

"The closure of Road No. 13 A and massive jams on Mathura Road will prevent the students from reaching their schools on time which will jeopardize their careers," the plea said.

"That this vital arterial road No.13 A which connects Mathura Road near Apollo Hospital, Sarita Vihar/Jasola to NOIDA (UP) through Kalindi Kunj caters to lakhs of commuters every day to and from Noida to south parts of Delhi and Faridabad/Gurugram and is almost a lifeline of the people of these areas. This arterial road No. 13 A is also being used by thousands of people from Faridabad/Gurugram and beyond to go to Noida, Greater Noida and beyond," added the plea.

It claimed that there is a multi-specialty Hospital namely Apollo Hospital on Mathura Road, Sarita Vihar adjoining Road No. 13A and is extensively used by doctors, the staff of apollo and patients.

"There are a number of schools, colleges besides a number of engineering and management institutes and also a couple of universities like Amity, Galgotia and thus a huge number of students from Sarita Vihar and Jasola and also some adjoining areas study there and who have to travel early in morning via this Road No. 13 A to reach their respective educational institutions," the petitioner said in the plea.

Besides, there are many people of this area who are employed in these institutions as teaching staff, added the plea.

The petitioner has also sought a direction to take all necessary and appropriate actions to restore all kinds of vehicular movement on Road No: 13 A connecting Sarita Vihar, Jasola to Noida via Kalindi Kunj, New Delhi forthwith.

Protests are going on across the country against and in support of CAA which grants citizenship to Hindus, Sikhs, Jains, Parsis, Buddhists and Christians fleeing religious persecution from Pakistan, Afghanistan and Bangladesh and who came to India on or before December 31, 2014.