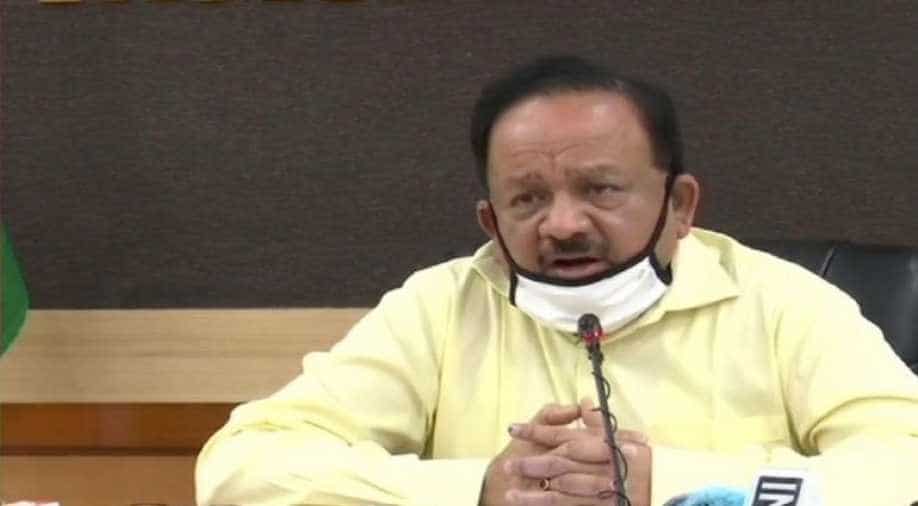 Harsh Vardhan said that details of how 27 crore priority beneficiaries -- those above 50 years of age and those below it having comorbidities -- would be vaccinated until July were being finalised.

As India is about to begin a dry run to assess the preparedness to roll out the coronavirus vaccine in the country, Union Health Minister Harsh Vardhan appealed to people not to be misguided by "rumours" and disinformation campaigns regarding the safety and efficacy of the coronavirus vaccine, stressing that there would be no compromise on any protocol while approving it.

“I appeal to people not to pay heed to rumours. Ensuring the safety and efficacy of the vaccine is our priority. Different kinds of rumours were spread during polio immunisation but people took the vaccine and India is now polio-free,” Harsh Vardhan was quoted as saying by news agency ANI.

Vardhan, who visited two mock vaccination sites in Delhi to review the drill, said the free vaccine would be provided in the first phase of the inoculation drive to the most prioritised beneficiaries, including one crore healthcare and two crore frontline workers.

He added that details of how 27 crore priority beneficiaries -- those above 50 years of age and those below it having comorbidities -- would be vaccinated until July were being finalised.

The minister dispelled doubts regarding the country's capability to undertake such a massive vaccination drive, describing how India had unparalleled experience in dealing with immunisation and run one of the largest such programs in the world.

"It is as a result of our steadfastness and dedication that India was declared polio-free in 2014. Our rich learning from the earlier immunisation drives, including the polio vaccination campaign, is being used to guide our present countrywide COVID-19 vaccination campaign," he said.