Countries who are part of China's BRI have seen not 'strings attached but shackles': Pompeo during meeting with Jaishankar 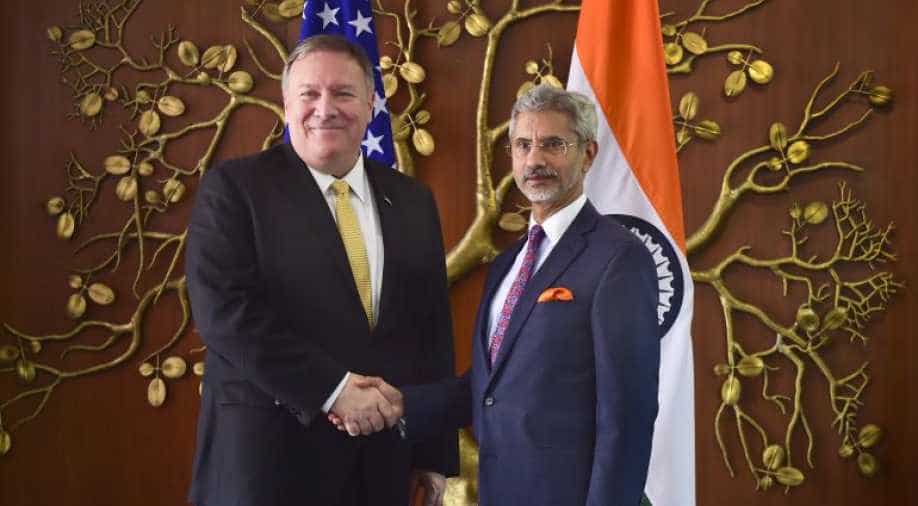 During the press statements, Pompeo said both countries can work together and 'India is an important friend' for the US.

Laying the foundation for PM Modi's meeting with US President Donald Trump in Osaka, Japan, on the sidelines of the 14th G20 Summit, US secretary of state Mike Pompeo met PM Modi and external affairs minister S Jaishankar on Wednesday in Delhi.

PM Modi during his talks with secretary Pompeo, reiterated priorities his government attaches to the US and "outlined his vision for the strategic partnership in the new tenure of the government", according to an Indian government release. Pompeo and Jaishankar had a frank discussion on a range of topics, from US-Iran tensions to S-400 to trade issues to terror.

Terror was something both agreed on with EAM expressing India's appreciation for the "strong support" received from the Trump administration and "zero tolerance" for cross- border terrorism. Pompeo said the US "will strengthen India's ability to fight terrorism" and New Delhi's ability to fight the scourge "should be second to none".

In the backdrop of current Tehran-Washington tension, EAM shared with Secretary Pompeo India's interest and concern like diaspora, regional security and trade. Pompeo called for the need to make sure the Straits of Hormuz is open and reiterated what the US has been saying that Iran has been sponsoring terror.

On Indo-Pacific, EAM said the concept is "for something and not against somebody and that something is peace, security, stability, prosperity and rules". But Pompeo was critical of China, saying countries who are part of Beijing's Belt and Road initiative has seen not "strings attached but shackles".

Contentious issues like trade and India's S400 with Russia also dominated the talks.

During the press statements, Pompeo said both countries can work together and "India is an important friend" for the US.

The Trump administration has been asking for more market access in the Indian markets.

India's EAM said: "Hoping both sides will find a common ground", "sign of mature relationship is that the ability to negotiate your way through".

On the S-400 deal, EAM made it clear to Washington, "we have many relationships with many countries....and many of them are some standing and they have a history". Explaining, "we will do what is in our national interest."