Congress goes into damage control mode, says it is not against NRC 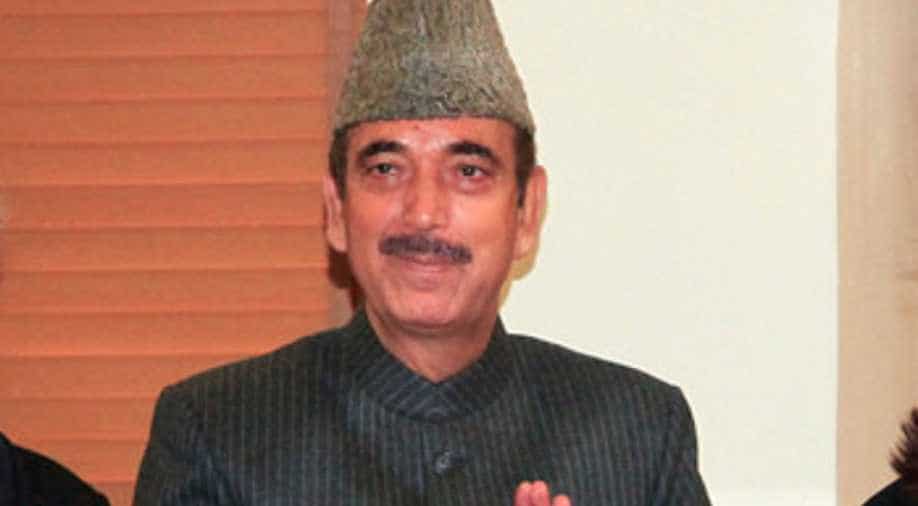 Amidst the vociferous criticism of BJP government's NRC exercise by Trinamool Congress chief Mamata Banerjee and other political parties, Congress has said it is not against the National Register of Citizens (NRC).

In a damage control mode, Congress leader and Leader of Opposition in Rajya Sabha Ghulam Nabi Azad told WION, "We are not against the NRC but it should be implemented as per the Assam Accord signed during former Prime Minister Rajiv Gandhi's tenure."

Azad said that no Indian should be harassed in the process of identification and people should be given adequate opportunity to prove that they are the citizens of India. He further said that the government should also provide legal assistance to people.

On being asked as to how Congress sees the issue, Azad said, "We see it as an humanitarian issue. BJP has communalised it but Congress will not politicise the issue of NRC.

On one hand Congress wants political parties to stay away from this issue, but on the other the party's working committee (CWC) which is meeting on Saturday will discuss the very issue of NRC. Congress has so far not been able to formalise its position on NRC many senior leaders have different views on the subject which in all probability will be ironed out during the meeting.

Azad also accused BJP for taking different positions on NRC. "On one hand Home Minister Rajnath Singh has said that it is a court monitored task and government has nothing to do with it and on the other hand, BJP president Amit Shah is taking the credit for NRC in Rajya Sabha."

The Trinamool Congress has already taken a lead on this issue as it suits their politics in West Bengal and the North East. Congress will need to walk a fine line as a soft position may create an electoral backlash in rest of the country. BJP on the other hand has made it into an issue of national security and its senior faces are already talking about organising NRC in other states. Like triple talaq, NRC has the potential to consolidate Hindu vote as it can boil down to the political narrative appeasement politics.