'Congress and droughts are like twin brothers,' says PM Modi in Barmer 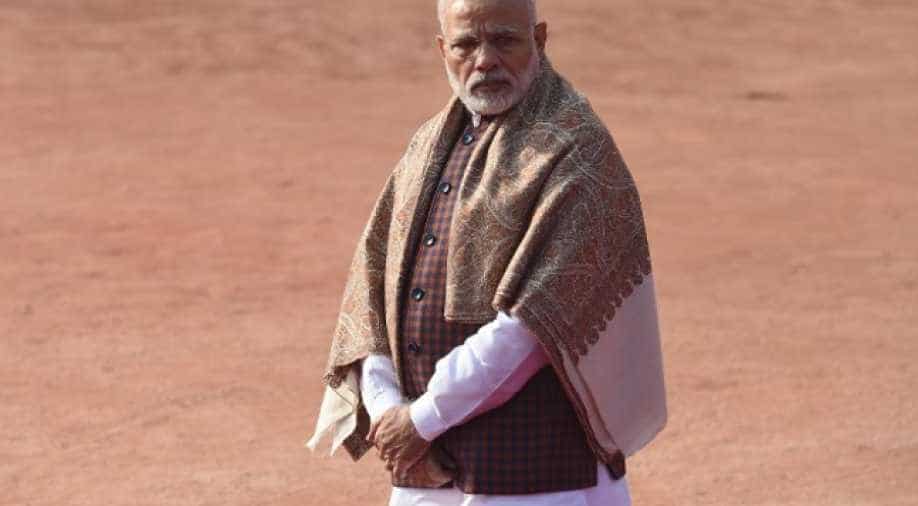 PM told the crowd in Barmer that as soon as Israel PM Netanyahu landed in India both went to Teen Murti Haifa chowk. Photograph:( AFP )

"I am elated to be in Rajasthan that too for a project that will bring happiness and prosperity," the PM said while inaugurating the oil refinery which is a joint venture between Hindustan Petroleum Corporation Limited (HPCL) and the Rajasthan government.

"We must focus on our aims and work towards achieving them by 2022, when we mark 75 years of freedom," the PM said ahead of India's Republic Day celebrations due to take place on January 25th.

The PM told the crowd gathered at the inauguration ceremony that as soon as Israel PM Netanyahu landed in India both went to Teen Murti Haifa chowk built in memory of Major Dalpat Shekhawat who the PM said commemorated Rajasthan's history of valour.