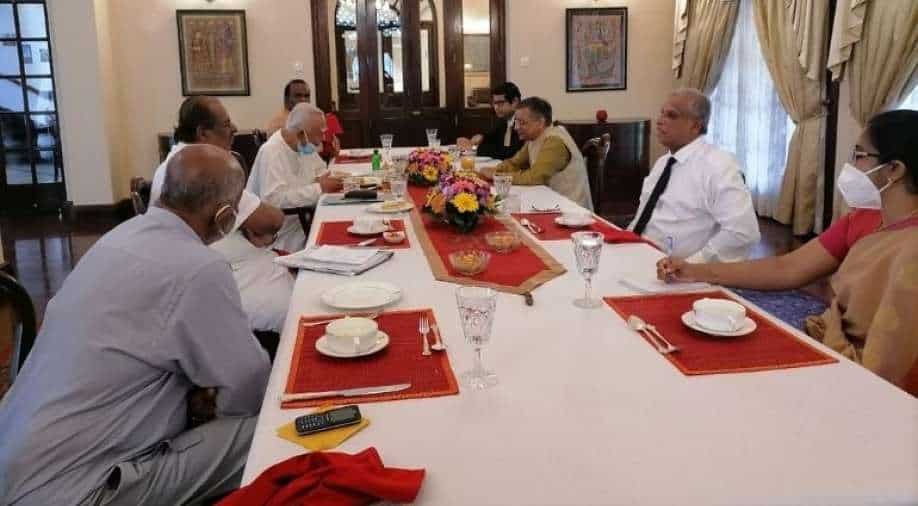 "We expect Sri Lanka will remain mindful of our excellent bilateral cooperation, including for mutual security in our shared environment, which includes the maritime domain," Ministry of external affairs spokesperson Arindam Bagchi at a virtual weekly presser.

The project is part of China's Belt and Road Initiative (BRI) which has been criticised by major democratic countries for causing debt crisis in countries that have partnered with Beijing for it. According to Chinese state media, it is the largest project by China in Sri Lanka with a total value of the project at $1.4 billion.

The spokesperson said that "we have been closely following recent developments from our security perspective" when it comes to the port project pointing out that New Delhi has "noted the concerns that have been raised in Sri Lanka regarding several aspects of the framework for the Colombo Port City."

This development comes even as Sri Lanka walked out from the triparty pact with India and Japan for the development of the strategic East Container Terminal (ECT). Instead, Colombo gave up the underdeveloped western container terminal inviting Indian companies.

An Indian mission release said during the meet, the High commissioner "reiterated India's support for devolution within the framework of a united Sri Lanka on the basis of full implementation of the 13A" which would be in "line with Tamil aspirations for equality, justice, peace and reconciliation and would strengthen Sri Lanka."

The 13th amendment of the Sri Lanka constitution is an outcome of the 1987 Indo-Sri Lanka accord signed between Indian Prime Minister Rajiv Gandhi and Sri Lankan President J.R. Jayewardene that aims at devolution of powers to the provinces and to protect the rights of Tamil minorities in the country.

During the envoy's meet with Tamil parties, the focus was also on the development of the North and East of Sri Lanka and improving connectivity between the two countries in the post-Covid period. India has been involved in housing projects in that part of the country.