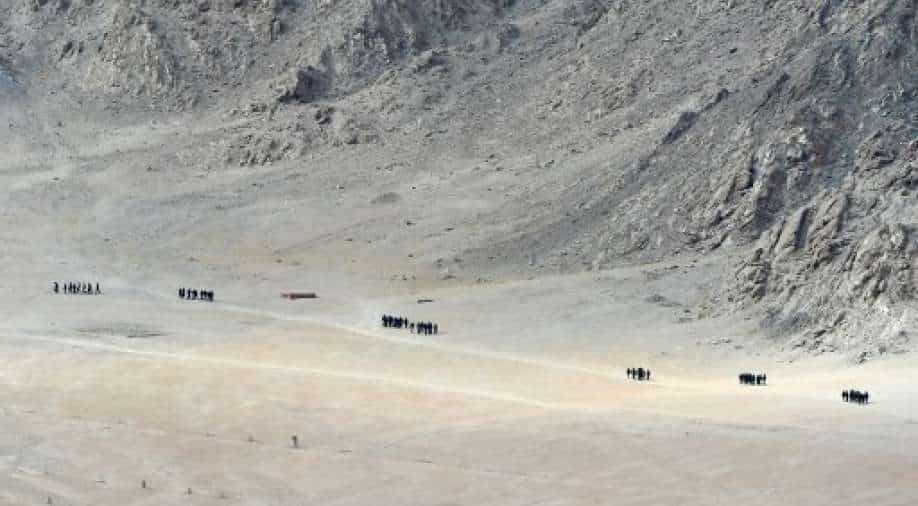 India and China had rushed a large number of battle tanks, armoured vehicles in eastern Ladakh after tension escalated following a deadly clash in the Galwan Valley in June last year.

The US has welcomed the ongoing efforts by India and China to de-escalate the situation in eastern Ladakh and said it would continue to monitor the situation closely as both sides work toward a peaceful resolution.

Defence minister Rajnath Singh on Thursday announced in Parliament that India and China have reached an agreement on disengagement in the north and south banks of Pangong lake in eastern Ladakh that mandates both sides to cease forward deployment of troops in a "phased, coordinated and verifiable" manner.

"We will, of course, continue to monitor the situation closely as both sides work toward a peaceful resolution," the spokesperson said while responding to a question on China and India pulling back their troops from eastern Ladakh.

"It's heartening to see India stand strong in defending its sovereignty," he said in a tweet.

"The (Chinese Communist Party) CCP's constant territorial aggression, from the East and South China Seas to the waters of the Mekong, to the Himalayas, has no place in the 21st century," McCaul said.

India and China had rushed a large number of battle tanks, armoured vehicles and heavy equipment to the treacherous and high-altitude areas of eastern Ladakh region after tension escalated following a deadly clash in the Galwan Valley in June last.

Twenty Indian soldiers were killed in the fierce hand-to-hand combat on June 15 in the Galwan Valley, an incident that marked the most serious military conflicts between the two sides in decades.

China is yet to disclose the number of its soldiers killed and injured in the clash though it officially admitted to have suffered casualties. According to an American intelligence report, the number of casualties on the Chinese side was 35.