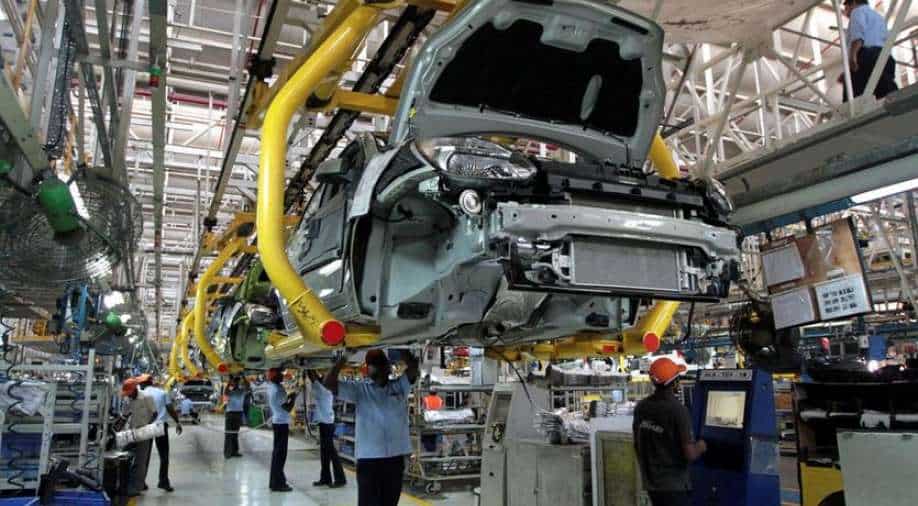 Factories in India’s Detroit, Chennai, have been churning out cars meant for the local market and for export. Photograph:( Reuters )

Employees Union representatives of various automakers that WION spoke to outlined the impact of working amid the pandemic.

The COVID-19 peak during the last two months has been a tough time for those working at major automobile manufacturing plants in the Southern Indian city of Chennai. Known as the ‘Detroit of India’, Chennai and its outskirts are home to several automobile manufacturing and allied industries. Major global players such as Ford, Hyundai, Renault-Nissan have had to shut factories temporarily and cut down production by a significant percentage.

During the first COVID-19 wave (2020), the Central government had enforced a pan-India lockdown. Back then, automobile industries were shut down for months together, following which they resumed as curbs were gradually relaxed. This meant that work happened in a staggered fashion and fewer employees worked at the factories.

In the second wave, however, as per orders of the Tamil Nadu government, automobile industries were permitted to work, by categorising them under Continuous Process industries.

This meant they were permitted to function even during the total Lockdown when cases were at their peak. Major automakers shut their plants for a few days, but again resumed production, at a considerably lesser rate.

Employees Union representatives of various automakers that WION spoke to outlined the impact of working amid the pandemic.

According to Muthukumar, President, Hyundai India Employees Union, nearly 750 persons turned positive in the 2400 strong Hyundai factory near Irungattukottai, leading to 10 deaths. After this explosion of cases, workers had to be sent on leave for a while and then they followed a system of three days work and three days off. The plant which rolls out nearly 1400 cars in a day (3 shifts), now produces about 800 cars in (2 shifts).

For American major Ford, which operates a plant in Maraimalai Nagar, work had already been slightly hit owing to the global silicon chip shortage. About 250 COVID-19 cases and three deaths were reported among 3,000 of its employees. This meant that the plant was fully shut a few times, each for over a week, during the ongoing lockdown. According to a leader of the Chennai Ford Employees Union, their plant which produces about 780 cars per day (across 3 shifts) is now rolling out around one-third of that number, while working only a single shift. He adds that some of their component manufacturers too have been working amid the lockdown, to cater to the carmakers’ needs.

At the Renault-Nissan factory, the collaboration between the French and Japanese carmakers, 700 out of nearly 8000 workers were infected. This resulted in five deaths. After the employees approached the Madras High Court, it was decided to operate the plant at 75% capacity. Moorthy, General Secretary, Renault Nissan India Workers Union said that amid the current lockdown, their plant was making about 600 cars per day, as opposed to the usual 860 units.

Only a small percentage of staff at these factories have been vaccinated in company-organized camps.

The rest are yet to get their shots, owing to prevailing COVID-19 vaccine shortage in Tamil Nadu and also partly owing to vaccine hesitancy.

In stark contrast, large automobile factories of these global automakers not operate during the lockdowns in their respective home countries.

They were all shut for months on end. While uncertainty looms over whether Tamil Nadu’s existing lockdown (until June 7th) would be further extended, it is quite clear that the auto plants will continue to roll out vehicles.

However, the workers say that irrespective of the precautions taken, their nature of work does not help in maintaining six feet physical distance. The workers maintain that at least two persons need to be in close proximity during the assembly of a vehicle. They strongly feel that, in the interest of their and their families lives, factories need to be shut until the COVID-19 second wave subsides significantly.