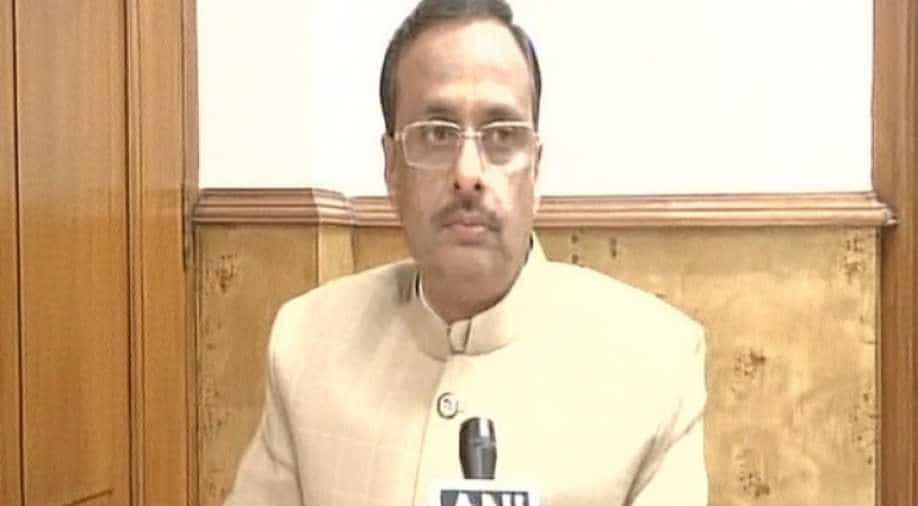 The NSA is a stringent law that allows preventive detention for months if the authorities are satisfied that the person is a threat to national security or law and order.

Sounding an alarm for those who aid and abet cheating during board exams, the Uttar Pradesh government said Tuesday it might use the stringent National Security Act (NSA) to save the future of thousands of children who take the test.

The state board examinations will begin on February 7 and will be conducted over 16 working days.

The NSA is a stringent law that allows preventive detention for months if the authorities are satisfied that the person is a threat to national security or law and order.

Sharma, who holds the portfolio of secondary and higher education, said examination centres in the state, which reported maximum cases of cheating in the past, would be strictly monitored.

"At sensitive exam centres, Aadhaar of students has been linked with registration. However, not every centre across the state has been linked to Aadhaar. A district-wise list of suspicious centres has also been prepared," he said.

The Adityanath government, he said, had taken a lot of steps to check cheating in exams.

"Before the BJP came to power in Uttar Pradesh, the prevailing atmosphere in the state prompted Prime Minister Narendra Modi to say that tenders were floated in UP for copying. After the BJP came to power in UP, steps have been taken to curtail the evil practice," the deputy chief minister said. Sharma said the use of unfair means was so rampant in the past that students from specific states were kept together at one exam centre.

"At these centres, stringent measures were initiated to ensure that use of unfair means does not take place. Last year, strict vigil was maintained on suspicious centres. As a result, 67 persons were arrested from a place. A press, printing answer sheets, was unearthed in Jaunpur, while a gang involved in leakage of question paper was busted in Hardoi. Impersonators were caught in Kaushambi and Aligarh," he said.

The state government held out the NSA threat in the past while mentioning efforts to deal with cow slaughter, power theft, an insult to the national anthem and circulation of fake currency.

Recently, the Gautam Buddh Nagar district administration invoked the law against the alleged-sand mining kingpin for building an illegal dam on the Yamuna.

Among the cases where the NSA has been invoked in the state is that of Dalit leader and Bhim Army founder Chandrashekhar Azad, who was arrested in June 2017 for his alleged role in the Saharanpur caste clashes.