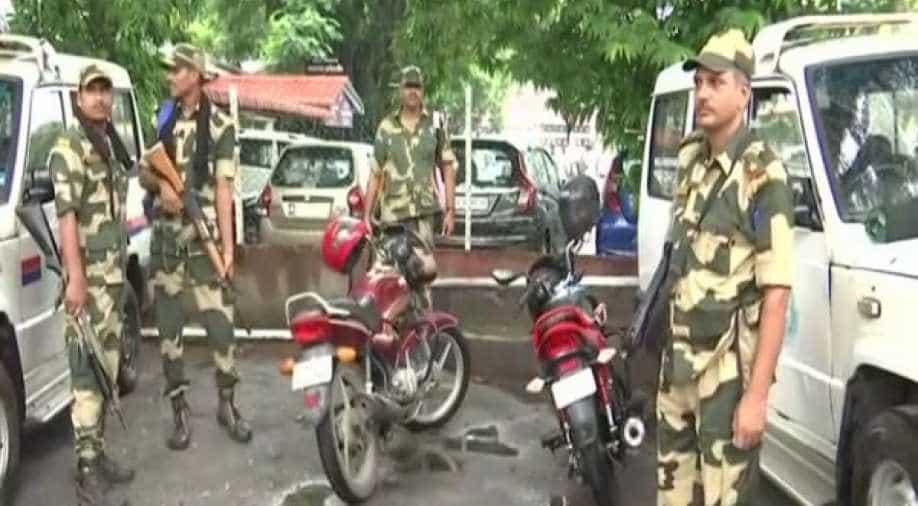 The Centre and Assam government are in contact with each other over the current law and order situation in Assam, said Home Ministry sources.

The Central government is closely monitoring the law and order situation in Assam after the final list of the National Registrar of Citizens (NRC) was published on Saturday in which over 19 lakh people were excluded.

Home Ministry sources told that all preparations have been made in Assam to handle the situation in the north-eastern state.

Over three crore people have been found eligible for the inclusion in the final NRC, Prateek Hajela, the State Coordinator of the NRC, said in an official statement.

The Centre and Assam government are in contact with each other over the current law and order situation in Assam, said Home Ministry sources.

Both the ministry and state government already announced that people who have been left out from the final list of NRC can appeal before the Foreigners Tribunals.

The Home Ministry has directed the Assam government to take all precautionary measures to ensure that no untoward incident takes place in the state.

The status of both inclusion and exclusion of the people from the list can be viewed online on the NRC website,www.nrcassam.nic.in.

The hard copies of the supplementary list of inclusions will be available for public view at NRC Seva Kendras (NSK), offices of the Deputy Commissioner and offices of the Circle Officer.

The list has segregated Indian citizens living in Assam from those who had illegally entered the state from Bangladesh after 1971.