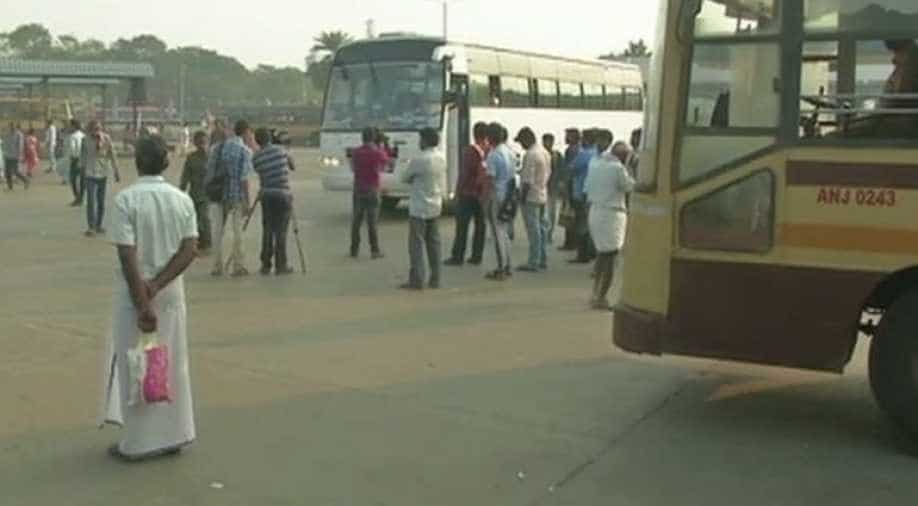 The union workers are reported to have met with the state transport minister to voice their issue. Photograph:( ANI )

As the Transport workers' union strike spilt into its third day, commuters struggled to commute across the state.

Nearly half a dozen transport workers' union went on strike on Saturday demanding a wage hike at par with other states in the country.

The strike has paralysed the public transportation mechanism in the state with tens of thousands of buses off road across Tamil Nadu.

The union workers are also reported to have met with the state transport minister to voice their issue.

Commuters face problems as strike by Transport workers' unions in #TamilNadu continues for the third day, they are demanding wage hike among other things. Visuals from #Chennai's Koyambedu bus terminal. pic.twitter.com/UJEk25cmnp