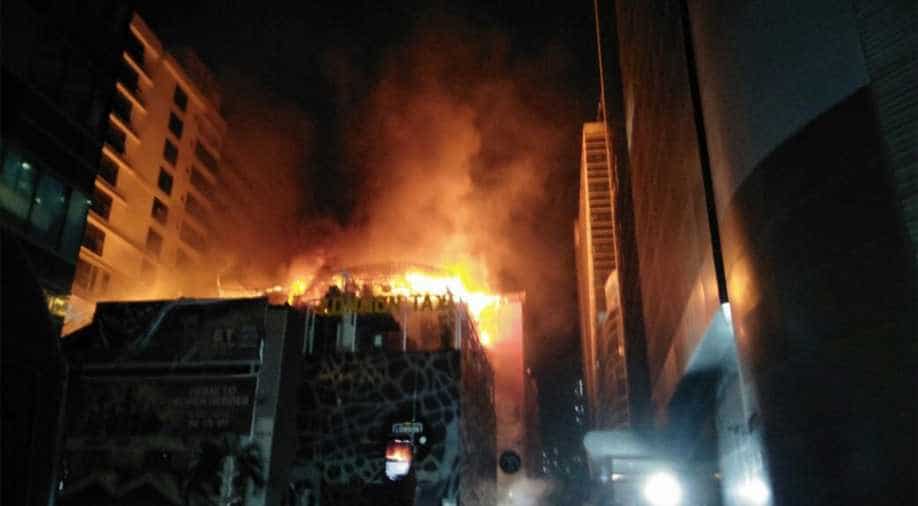 The drive was initiated just a day after the devastating blaze at two upscale restrobars claimed lives of 14 people. Photograph:( Zee News Network )

The Brihanmumbai Municipal Corporation (BMC) demolition drive against the illegal structures in Kamala Mills areas ended for today in Mumbai on Saturday evening.

It will resume tomorrow.

The drive was initiated just a day after the devastating blaze at two upscale restrobars claimed lives of 14 people.

Front reception/entrance of restaurant 1Above and Mojo's being demolished by Brihanmumbai Municipal Corporation (BMC) in its drive against illegal structures in #KamalaMills area of #Mumbai pic.twitter.com/hA8lAGst9k

The Shiv Sena-led Mumbai civic body ordered fire safety audits of all restaurants in the city.

Several illegal structures have been demolished at six places in Mumbai since morning.

As New Year is also approaching, all concerned departments have been directed by Municipal Commissioner Ajoy Mehta to form teams which should include fire staff to inspect all restaurants.

The teams have been directed to ensure that restaurants are fire compliant and all the fire escape routes, staircases, and open spaces should be encroachment-free.

As per media reports, the fire had broken out from the '1 Above' rooftop restaurant and later spread to the entire area, on the intervening night of Thursday and Friday.

Earlier, the police issued a lookout notice against all the accused in the case.

Airports across the country have also been put on high-alert and five teams of the Mumbai Police have been formed to search for the accused.