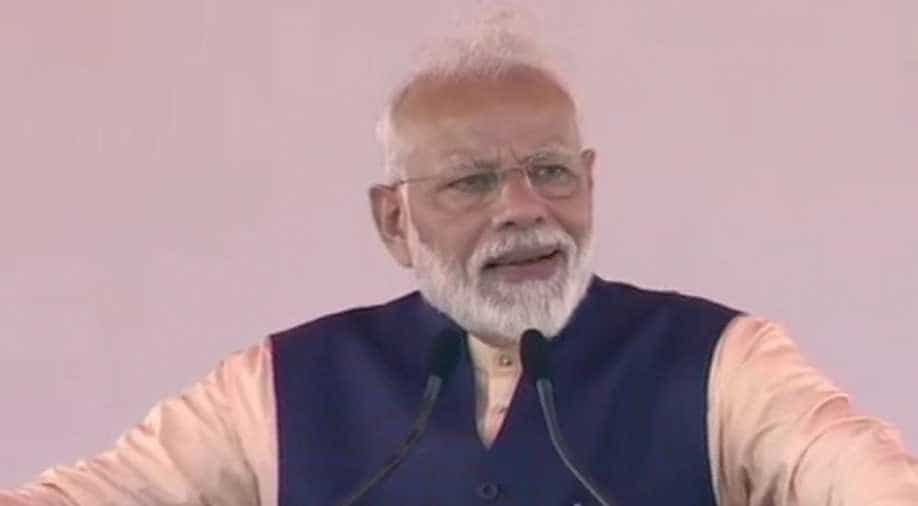 On October 17, Ghaziabad`s Loni (rural area) was placed in the top of the chart of the 108 most polluted cities in the country as per the Central Pollution Control Board`s AQI figures.

With Delhi-NCR gasping for breath, BJP MLA from Ghaziabad, Nand Kishore Gurjar has penned down a letter to Prime Minister Narendra Modi requesting him to direct Indian Air Force to sprinkle water in his constituency with the help of helicopters to settle down dust particles.

In the letter, he wrote, "This is to bring to your notice that in Delhi and its adjoining NCR region Ghaziabad, the air quality index is hovering between 1700-1900. This has created an emergency-like situation in these areas. In these conditions, at present, lakhs of people residing in Delhi-NCR-Loni from the past one week are breathing in the gas chamber and are slowly breathing poisonous air. Due to polluted air, people have fallen prey to heart disease, Asthma, breathlessness, lung infection and eye irritation. The majority of them who are affected are aged people and children."

"In such condition, lakhs of people have faith in our Prime Minister that in this emergency like situation, he will ask Indian Air force to use helicopters and global master aircraft to sprinkle water all over Delhi and NCR. We also believed that you will also seek the help of talented scientists in artificial cloud formation tp reduce air pollution. 16 lakh people of my Loni and crores of people from NCR will be grateful to you," the letter read.

On October 17, Ghaziabad`s Loni (rural area) was placed in the top of the chart of the 108 most polluted cities in the country as per the Central Pollution Control Board`s AQI figures, a day after stringent measures under the Graded Response Action Plan (GRAP) was implemented in the city to tackle the menace of air pollution.