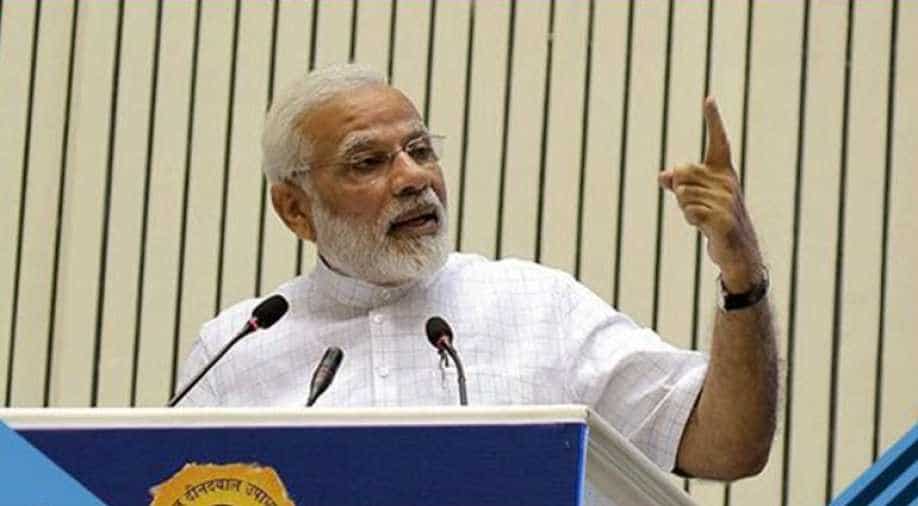 Modi was addressing a gathering in Delhi to mark three years of the Swachh Bharat mission Photograph:( Twitter )

The Indian Prime Minister's Office (PMO) reportedly intervened in the Banaras Hindu University (BHU) protest that set the campus on edge since the police baton-charged women students complaining against a molestation case.

Both PM Modi and BJP chief Amit Shah spoke to Uttar Pradesh chief minister Yogi Adityanath to about the unrest on the 100-year-old university. The human resource development ministry was also instructed to look into the students' complaints and take immediate steps to address them and to build confidence.

The chief proctor of the Banaras Hindu University, ON Singh, resigned last night (Tuesday) taking moral responsibility for the protests.

The district administration has declared holidays till October 2 in all colleges and universities in the district after the spread of violence. The BHU had earlier announced that the holidays would start from September 28.

The molestation case at Banaras Hindu University came to light when women scholars blocked the entrance of the university campus from where Modi's convoy was expected to pass on Friday.

Tensions escalated after policemen late-night on Saturday baton-charged students at the women's hostel and also allegedly entered the premises to drag some students out. The women students were trying to speak to the vice-chancellor regarding the molestation incidents on the campus.

A number of students, including women and two journalists, were injured in the baton charge, the varsity sources said.

Nearly 1,500 police personnel were deployed to maintain law and order in the campus after the violence created unrest among the students.