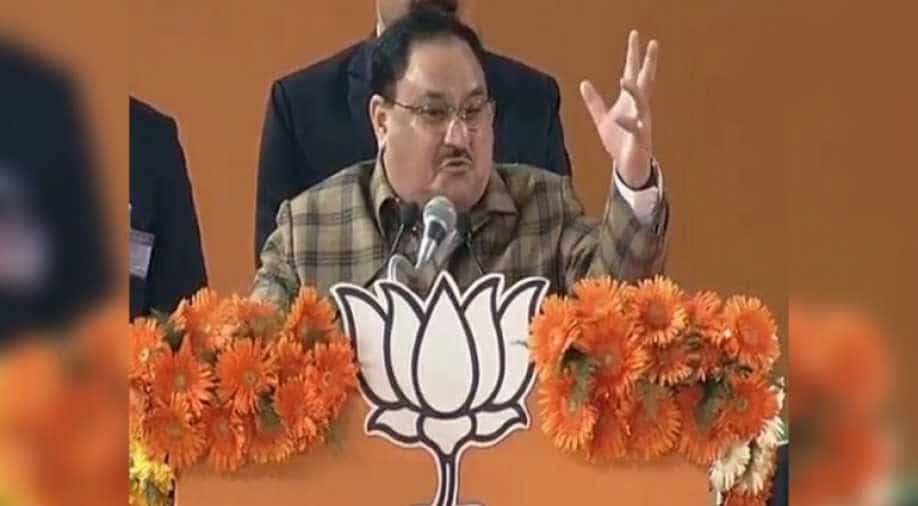 Bharatiya Janata Party (BJP) working president JP Nadda on Sunday claimed that his party works on the basis of "ideology" and not "nepotism."

He further stated that the saffron is the only party that has leadership and has intentions to work for the development.

"Other parties if they have a leader, don't have a strategy. Some do not have intentions to work. If they organize a program, they do not have workers. But BJP has the leadership of Modi Ji and also has support at the international level. The party has leadership at booth level also," he added while addressing a Booth Karyakarta Sammelan in New Delhi.

"I would like to tell Delhi Chief Minister Arvind Kejriwal that the registry has begun for the unauthorized colonies of Delhi. Stop this if you have strength," Tiwari said.

In a bid to dispel rumours about the newly enacted citizenship law, the Bharatiya Janata Party (BJP) on Sunday launched a campaign to generate awareness among the people regarding the citizenship law.

The campaign will conclude on January 15.

As part of its programme, the BJP has also launched a toll-free number 8866288662 for the people where they can register their endorsement to the new law by giving a missed call.

The Act grants Indian citizenship to Hindu, Christian, Sikh, Buddhist and Parsi refugees from Pakistan, Afghanistan, and Bangladesh, who entered India on or before December 31, 2014.