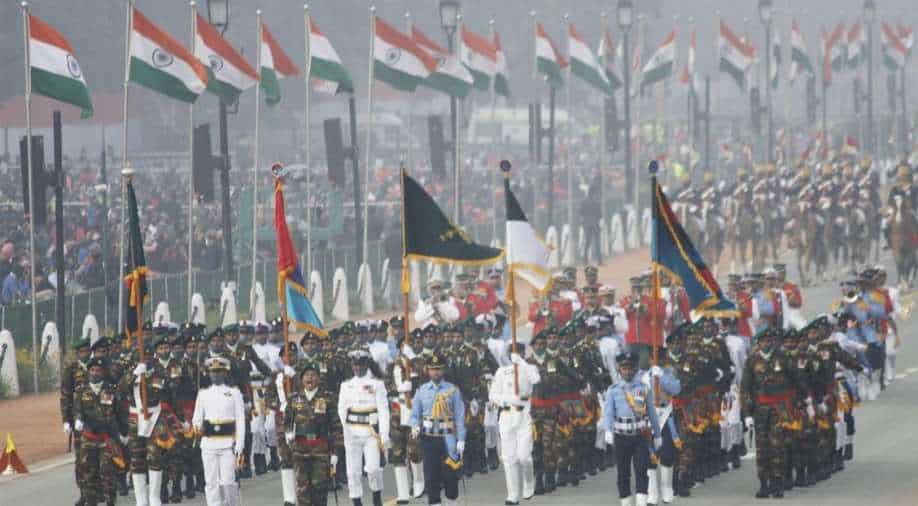 All the three services of the Bangladesh Armed Forces had played a key role in securing independence for their country in the Bangladesh Liberation War of 1971.

It has been 50 years of the liberation of Bangladesh from Pakistani rule. And India and Bangladesh are celebrating the Golden Jubilee of that war.

A marching contingent and band of Bangladesh tri-services participated in the Indian Republic Day Parade at Rajpath to commemorate 50 years of its historic liberation.

All the three services of the Bangladesh Armed Forces had played a key role in securing independence for their country in the Bangladesh Liberation War of 1971.

The representatives of the battalions that participated in Liberation War, like 1, 2, 3, 4, 8, 9, 10 and 11 East Bengal Regiment and 1, 2 and 3 Field Regiment Artillery, marched in the parade.

Bangladesh Navy had successfully conducted Operation Jackpot during the War, destroying 26 enemy ships in sea ports and river ports. The Air Force conducted 50 successful air strikes on the enemy targets during the War as part of "Kilo Flight" from the base in Dimapur, India.

The contingent marched to the song of "Shono Ekti Mujibur-er theke lokkho Mujibur", meaning "Listen, the voice of Mujibur which has been multiplied by hundred thousands of his followers", played by the marching band led by Lieutenant Colonel Banazir Ahmed.

Rahman, also known as 'Father of the Nation', served as the first President of Bangladesh and later as the Prime Minister from April 17, 1971 until his assassination on August 15, 1975.

India was the first country to recognise Bangladesh as a separate and independent state and established diplomatic relations with the country immediately after its independence in December 1971.