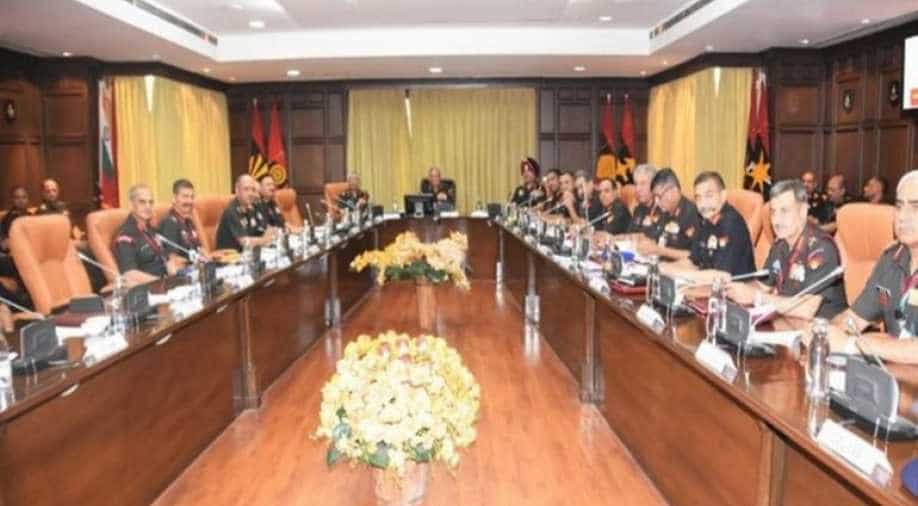 While complimenting his men for having foiled more than 30 Border Action Team (BAT) actions in the recent past, Army Chief General Bipin Rawat on Tuesday appreciated the National investigation Agency for making a large number of convictions in terror-related cases.

While addressing top Army Commanders at the biannual Conference in New Delhi, General Rawat said, "There has been an effective and large number of convictions and this could happen due to synergy among the security forces and the agencies. Such synergy with the law enforcing agencies will be reinforced."

Notably, the National Investigation Agency (NIA) which is responsible for looking after investigations of terrorist-related incidents, the agency has been successful in probing several cases into hawala rackets, terror funding and stone-pelting cases. A number of these accused have been convicted now.

The Army Chief also appreciated the officers and troops for carrying out their operational responsibility which has resulted in foiling many Border Action Team (BAT) actions along the Line of Control (LoC) and terrorists' actions in the hinterland.

Army sources said in the last ten months, the troops have foiled 33 suspicious BAT actions by Pakistan army and terrorist groups backed by them around the LoC.

A number of attacks by terrorists have also been foiled as the security forces have successfully eliminated around 150 local and foreign terrorists in the recent past.

Rawat highlighted the innovativeness and ingenuity of soldiers and junior leaders in operational areas.

'It is indeed heartening to see soldiers and junior leaders respond to difficult operational situations in the most innovative manner and such ingenious approach is a great enabler in successful operations along LC and in the hinterland," he said.