Amit Shah to chair meeting on defeat in assembly elections 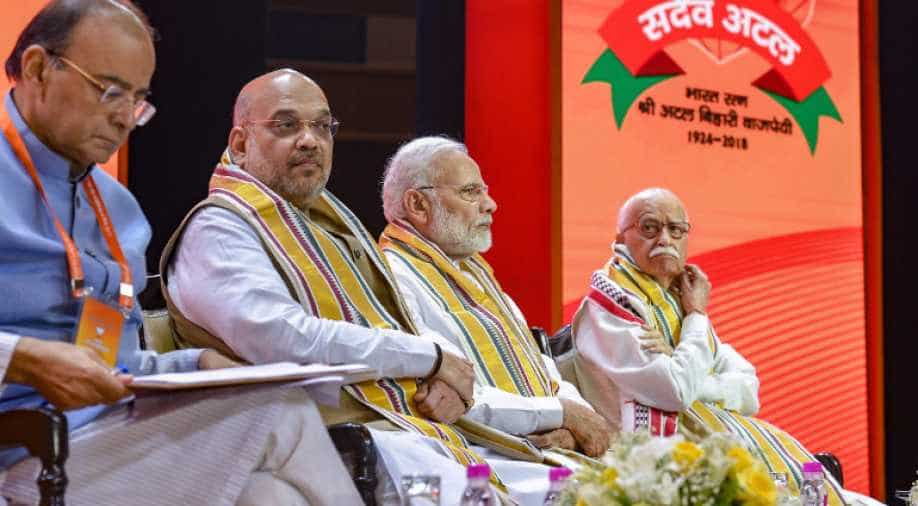 The state presidents and in-charges of BJP will be present in the meeting which will start at 2 pm and is likely to continue for seven hours.

Bharatiya Janata Party (BJP) president Amit Shah will chair a meeting at party headquarters in Delhi on Thursday to discuss the defeat in recently held assembly elections in five states and to plan the agenda for the 2019 General Elections.

The state presidents and in-charges of BJP will be present in the meeting which will start at 2 pm and is likely to continue for seven hours.

Congress registered a resounding victory over the BJP in Chhattisgarh and with the help of independent candidates, garnered the numbers to form the government in Rajasthan after having prevailed in 99 out of the 200 assembly seats.

Following a nerve-wracking finish in Madhya Pradesh, the Congress emerged as the single largest party with 114 elected candidates as opposed to their rival's 109 and roped in seven legislators from BSP (2), SP (1) and independent candidates (4), to cross the halfway mark. In Telangana, however, K Chandrashekar Rao's Telangana Rashtra Samithi (TRS) has left behind the Congress-Chandrababu Naidu-led Telugu Desam Party (TDP) alliance.

In Mizoram, the regional dominant party Mizo National Front (MNF) has made the Congress lick the dust. In a House of 40 members, MNF won 26 seats, Congress five and BJP one.