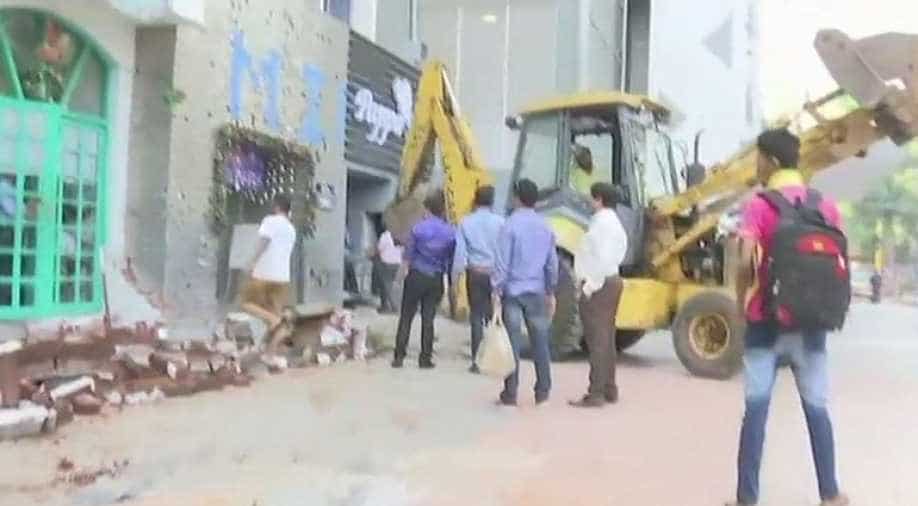 The fire in the area was the outcome of the collective irresponsibility and ignorance of the municipal and the pub authorities. Photograph:( ANI )

After the Mumbai Kamala Mills fire that broke out late Thursday night, the Brihanmumbai Municipal Corporation (BMC) demolition has started a drive against illegal structures in and around the area.

The fire in the area was the outcome of the alleged irresponsibility and ignorance of the municipal and the pub authorities.

The 14 deaths in the Kamla Mills fire were caused due to suffocation. The people died due to the fumes as there was no proper exit from the pub.

After the incident, Maharashtra chief minister Devendra Fadnavis had assured to take action against errant civic officials and the owners of the pub. He had also ordered safety audit of all such structures in the city.

The police have booked a fire against the pub owners, also five officials of the BrihanMumbai Municipal Corporation (BMC) were suspended for running out the pub in an illegal space.