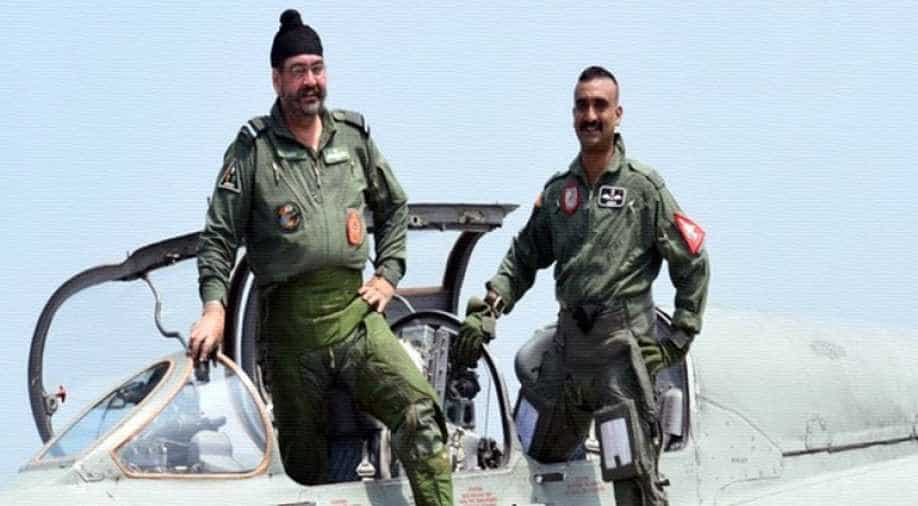 Wing Commander Abhinandan is back to air after 6 months. He flew a joint flight of MIG-21 with IAF Chief B.S. Dhanoa. Watch this video to know more.
Follow Us

Both men flew the trainer version of the MiG-21 Type 69 fighter aircraft.

Wing Commander Abhinandan Varthaman, the Indian Air Force pilot whose aircraft was shot down inside Pak territory during a dog fight with Pakistani jets on February 27th, flew a MiG-21 for the first time today.

Both men flew the trainer version of the MiG-21 Type 69 fighter aircraft. This was also the last sortie of the IAF chief in a combat aircraft.

Abhinandan's MiG-21 Bison was shot down by Pakistani fire as he engaged Pakistani jets who had entered Indian air space after the Balakot strikes on February 26.

Abhinandan was taken into custody by Pakistani authorities but was later returned amid tensions between India-Pakistan in the wake of the Pulwama attack on February 14th in which 40 CRPF personnel were killed.