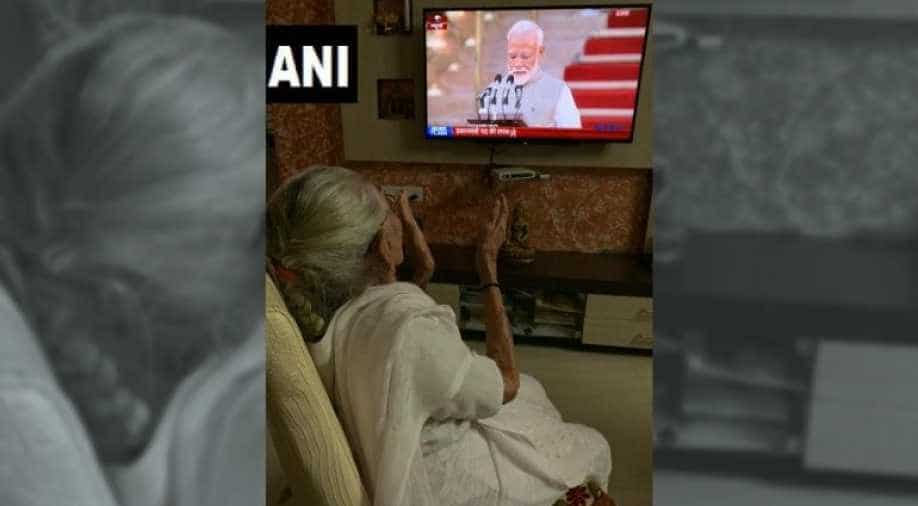 She watched the live telecast on television at her house in Gandhinagar and clapped when President Ram Nath Kovind administered the oath of office to Modi.

Heeraben Modi, mother of Prime Minister Narendra Modi, was overwhelmed with emotions as she watched his son taking oath for the second term today.

She watched the live telecast on television at her house in Gandhinagar and applauded when President Ram Nath Kovind administered the oath of office to Modi.

Modi's swearing-in ceremony took place at Rashtrapati Bhawan in New Delhi with the presence of many world leaders, celebrities and politicians.

After the results for Lok Sabha elections were announced Modi visited his home state Gujarat and sought blessings from his mother in Gandhinagar.

The oath ceremony comes a week after the BJP's massive win in the Lok Sabha elections - the party won 303 of the 542 seats which went to polls and its NDA allies took the tally to 354.