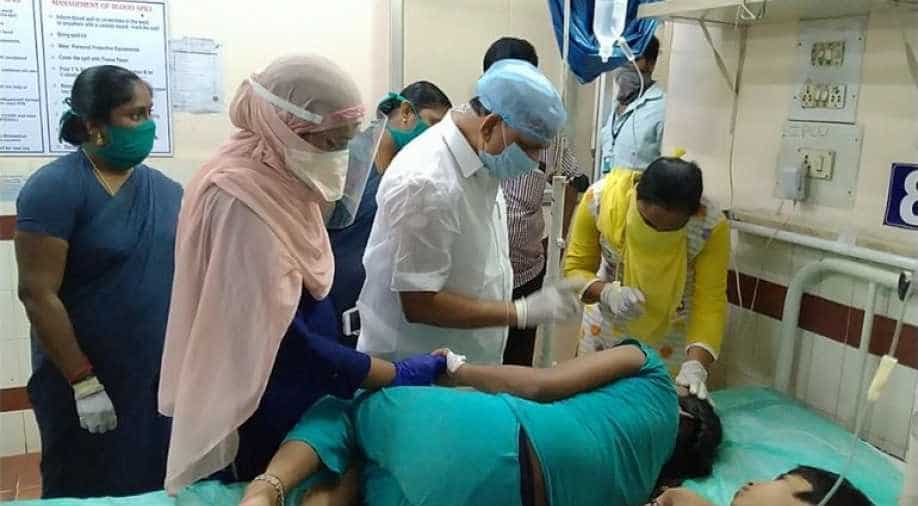 Visuals from inside a hospital in Raigarh, Chhattisgarh Photograph:( PTI )

As many as seven workers of a paper mill were hospitalised after being exposed to a gas leak reportedly while cleaning a tank in the mill in the early hours of Thursday, Raigarh Superintendent of Police (SP) Santosh Singh said.
Three of them are in critical condition, the SP said.

"The interrogation of the mill owner is underway. The incident was reported in the early hours of Thursday," he added.
This is the second incident of a gas leak to have occurred today.